I first met Edgar Bronfman a few months after becoming editor of MyJewishLearning.com, a website Edgar had nourished and sustained since he founded it five years earlier. By the time of our inaugural meeting, Edgar had already put countless dollars and hours into the project. But at this meeting we didn’t discuss budgets, fundraising, or his ROI.  We didn’t discuss metrics, impact, or board development. And we certainly didn’t discuss continuity, intermarriage, or declining synagogue attendance.

Instead, we discussed Torah.

It was a few weeks before Shavuot, and I had been invited to teach a class to Edgar, his foundation staff, and friends. I brought a range of texts—biblical, rabbinic, modern—about revelation and interpretation, and for an hour and a half, a conference room at the famed Seagram Building turned into, what seemed to me, the most unlikely beit midrash (study hall)

But, in fact, there was nothing unlikely about this scene. It was actually quite commonplace. Every week, Edgar invited a different teacher to lead a Talmud class for him and his staff.

Many people will remember Edgar for his career at Seagram, his work with the World Jewish Congress, and his keen investments in the next generation through Hillel and the Bronfman Youth Fellowship. But I will always, first and foremost, remember him for his weekly classes. For me, they highlighted a number of extraordinary things about the man.

Most importantly, Edgar cared deeply about the substance and content of Jewish life. While much of the Jewish community was analyzing every jot and tittle of the most recent population study, parsing intermarriage and affiliation rates, Edgar was gathering people to analyze Torah, Talmud, philosophy. To Edgar it was blatantly obvious that our sacred texts—and the study partners we explore them with—have much more to teach us than any Pew study could.

Edgar’s weekly classes modeled Talmudic pluralism. Strong opinions were offered and welcome, but multiple opinions were essential. People of all stripes and backgrounds studied at these classes, and he invited people who spanned denominational and ideological positions to lead the studies. For Edgar, the Jewish community’s diversity was, perhaps, its most exciting attribute. He believed that learning could only happen when you encounter difference. This commitment extended well beyond Edgar’s weekly study sessions. It is evident in his philanthropic legacy, in organizations like Hillel, BYFI, and MyJewishLearning.

And yet, while Edgar was deeply committed to studying traditional Jewish texts and rituals, he had no qualms about questioning their relevancy or meaning. He loudly voiced his disbelief in the biblical God and his dissatisfaction with the way Judaism was practiced in some quarters. But Edgar was no kvetcher. He was a doer. When Edgar got bored with his usual Rosh Hashanah and Yom Kippur experience, he created his own High Holiday service. When he wanted to make his Passover more vibrant, he and his wife Jan wrote their own Haggadah.

This might be Edgar’s greatest lesson for us, because his ability to both claim and adapt Judaism had nothing to do with his wealth. He believed that Torah and Jewish tradition belonged to him as much as any scholar or rabbi, and he believed that he could only demand that it be meaningful if he was willing to invest time and effort into making it so.

After someone dies, before they are buried, there is a tradition of sitting with the body to guard it, spiritually and physically. Some of us who worked with Edgar had the privilege of doing this shmira for him. Usually, Psalms are recited during this time, and my colleague Yehuda Kurtzer and I joked that we weren’t sure Edgar would have appreciated this ritual.

But Edgar didn’t just discard things he didn’t like or understand without exploring them, so I spent some time flipping through Psalms anyway.

Edgar would not have been surprised to learn that I did, indeed, find relevancy in these ancient texts. The logo of the Samuel Bronfman Foundation is a tree and Edgar’s grandchildren actually referred to him as “Tree,” so it was difficult not to think of Edgar as I read the very first chapter of Psalms, which describes the person who delights in Torah.

“And he shall be like a tree planted by streams of water, that brings forth its fruit in its season, and whose leaf does not wither; and in whatsoever he does he shall prosper.”

May his memory be a blessing. 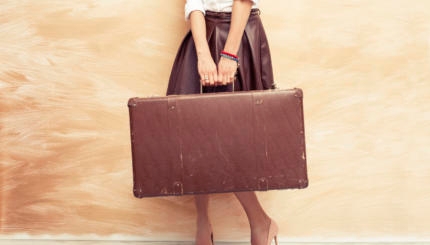 Edgar Bronfman on the US Elections

Yesterday, the Huffington Post featured an article written by Philanthropist and MyJewishLearning friend, Edgar Bronfman on why he is supporting ...

The Bronfmans on Intermarriage

I gotta tell ya, if I write any more about Edgar Bronfman and his family, I might get a restraining ...