“I feel fat today” is an all too familiar morning refrain in many households. In Western societies thinness has become synonymous with both beauty and success. The imperative to perfect the female body through dieting, exercise, and plastic surgery has become an obsessive preoccupation for adolescent girls and women in our culture. Eating disorders such as anorexia and bulimia are a dangerous consequence of this culture of thinness.

In the Jewish Community

Anorexia and bulimia are most prevalent within upwardly mobile demographic groups, and are amongst the most emotionally and physically devastating disorders affecting young Jewish women. The Jewish community has become increasingly aware that eating disorders are a serious health concern and, in some cases, a life threatening condition.

In a recent review of studies by Dr. Caroline Peyser, the data regarding eating disorder rates amongst American Jews was inconclusive as to whether eating disorders are a more prevalent problem within the Jewish community, in comparison to the general population. However, anecdotal observations reveal that most Jewish women have had a friend or family member who has struggled with some sort of eating disorder.

Over the last ten years, a wide range of responses to the problem of Jewish women, body image, and eating disorders has emerged across Judaism’s denominational spectrum and within Jewish educational settings.

The Reconstructionist Rabbinical College, through KOLOT Center for Jewish Women and Gender Studies, has established one such initiative. Called Rosh Hodesh: It’s a Girl Thing, the goal of this program is to foster a positive and strong Jewish identity, in hopes that this will emotionally fortify girls and counter unhealthy cultural norms, including eating disorders. The program aims to help girls experience their bodies as a source of pleasure, health, wisdom, and creativity, reflecting the current thinking in eating disorder prevention research.

In 1998 KOLOT organized a conference on Food, Body Image, and Judaism, in collaboration with The Renfrew Center of Philadelphia, a treatment center for eating disorders. The conference, one of the first collaborations between a Jewish institution and an eating disorder center, explored the interaction of Jewish tradition, assimilation, and body image problems.

In another effort to address the dangers of eating disorders, Women for Reform Judaism produced a brochure titled Litapayach Tikvah/Hope, to educate members of the Jewish community about the problem. The Jewish Women’s Foundation of New York (JWF) has also funded several programs to educate the community, including a prevention program for middle school girls at Jewish day schools, and a grant to develop models for educating clergy, teachers, and camp staff about eating disorders.

In 2007, the JWF gave a Federation Employment and Guidance Service (FEGS) grant to launch a “NoBody’s Perfect” program among third to fifth graders in several Jewish day schools in New York City and Long Island. Accepting the current wisdom supporting early intervention, this program was designed to inoculate girls from feelings of inadequacy and body hatred that can make them more vulnerable to developing eating disorders.

All of these programs have raised awareness of eating disorders within the Jewish community, and, perhaps because of them, more young women are seeking treatment for the problem at earlier stages of their illness–a critical factor for successful recovery.

But despite these programs’ good intentions and thoughtful efforts, there is little evidence that the rate of occurrence of eating disorders among Jewish women has decreased.

In the Orthodox and Ultra-Orthodox Communities

The pervasiveness of eating disorders has also affected the Orthodox and ultra-Orthodox communities. Proscriptions such as no television in the home, designed to protect these communities from problematic cultural influences, have not provided a successful shield.

There are several theories about why eating disorders have become prevalent amongst ultra-Orthodox adolescent girls. One commonly cited cause is that young ultra-Orthodox men are seeking thin brides, thereby heightening the worries of teenage girls, along with their mothers, that they need to be slim to marry.

The expectation and pressure to marry and start a family at a young age may exacerbate the problem. Girls approaching marital age may feel they are not ready to assume responsibilities of rearing their own children, or may fear becoming sexual with a marital partner. Feeling that they cannot challenge parental expectations, they may instead rebel by trying to control their bodies.

To respond to the issue of eating disorders amongst the very religious, the ultra-Orthodox community established an eating disorder help line in 2001, under the auspices of a Jewish mental health agency called RELIEF. According to Rabbi Babad, RELIEF’S director, the unique features of the problem in the ultra-Orthodox community require specially trained professionals, and healing usually requires intensive treatment.

It has also been suggested that Jewish rituals and festivals, so intertwined with food and lavish meals, may interact with the problem of eating disorders. In many homes, a weekly Shabbat meal is no different from a Thanksgiving feast that others partake in annually. Even Yom Kippur, a day of fasting, may be viewed as a holiday about food in abstentia.

Furthermore, within halakhic Judaism, food is highly regulated: blessings are recited before and after meals, hands are washed ritually before bread is eaten, and Kashrut laws define permissible and non-permissible foods–in ways which may not be so psychologically different from the way an anorectic regulates her eating by eliminating food groups such as carbohydrates and fats.

Though compelling, this comparison between the rules of kashrut and the restrictions of an anorectic may be misleading. Kashrut laws have been practiced for over 2,000 years, while the frequency of anorexia is a contemporary phenomenon. Also, Judaism is not the only culture in which food plays an important, and regulated, role.

The Holocaust, with its haunting images of skeletal victims, hovers over the Jewish anorectic’s self-induced starvation. One theory is that an unconscious, collective identification with grandparents who survived or relatives who perished may underlie eating disorders in the Jewish community.

Several psychotherapists have wondered whether there is a higher rate of eating disorders in families of Holocaust survivors. However, there is no research data to support this clinical impression, and other familial dynamics may be more significant indicators for the disorder.

As the Jewish community struggles to understand the causes of eating disorders and address their consequences, the question arises: Can Jewish values be incorporated in efforts to mitigate eating problems?

The verse from Deuteronomy–“Take good care of yourselves and take great care of your souls”–has been interpreted by the rabbis as a directive to avoid habits that may harm the body. Furthermore, the Jewish concept that all of humanity is created btzelem elohim, in the image of God, reflects the view that a spark of the divine rests within each of us. Individuals with eating disorders need to be reconnected to that spark within.

Rabbi Diane Cohler-Esses cites the verse from Amos–“Behold, days are coming, declares the Lord God, When I will send a famine in the land, Not a famine for bread or a thirst for water, But rather for hearing the words of the Lord.”

From her perspective, there is a famine in the land, and it is women’s hunger to be themselves. Rabbi Cohler-Esses explains, “we are hungry because we feel we are not permitted to legitimately fill our needs for power, for comfort, for love; we often feel like we can’t speak out, express anger, disappointment, or frustration.”

In other words, the societal imperative to curtail the appetite for food may be a symbol of a culture that demands that women limit their desires, and not take up too much space in the world.

How then, can the Jewish community respond to the multi-determined problem of eating disorders? Already the community has launched many laudable efforts to educate young girls and raise awareness. Although these prevention and educational programs have not eradicated the illness, more individuals and families are seeking treatment rather than struggling alone or hiding the problem in shameful secrecy. A Jewish community that is supportive of individuals with eating disorders will help curtail the cycle of physical and emotional devastation.

Eating disorders can become life-long chronic struggles, and intensive treatment at the very early stages of illness is critical. As in the field of mental health disorders in general, there is often a lack of quality, affordable treatment facilities.

While ongoing educational efforts should continue as eating disorders emerge in ever-younger cohorts of Jewish youth, there is also a dearth of treatment centers where families in need can obtain comprehensive medical, psychological, and nutritional interventions. The establishment of such centers would be a most helpful step towards alleviating distress among Jewish families affected by life-threatening eating disorders.

A guide to the diseases included in most Jewish genetic screening. 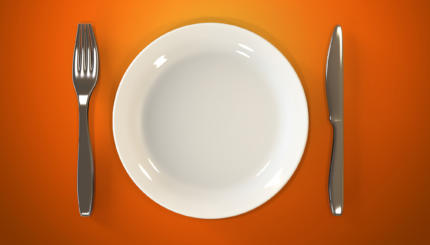 Refraining from food and drink can bring on triggering feelings for people who are recovering from eating disorders.