I can still recall the horror when my English mother — as a gesture of love for my Scottish father (who hates turkey) — prepared Cornish hens for Thanksgiving dinner. For me and my American-bred brothers, it was an unforgivable act, a dagger at the heart of our patriotism and a reminder that we were being raised by foreign-born greenhorns. Intellectually, who cares? It was one bird switched for another. But intellect had nothing to do with it. Four decades later, the memory of that Thanksgiving dinner without turkey sits like an open wound.

We count on our rituals to be stable. Like turkey on Thanksgiving, they are the touchstones of our identity. We begin public events with the singing of national anthems. At the seventh inning of a baseball game, we instinctively stand up with thousands of strangers to sing “Take Me Out to The Ball Game.” Rituals are the stable and shared language by which communication is established between individuals, groups and generations.

Jews too know the power of ritual. From brit milah to breaking glasses under the chuppah, waving the lulav on Sukkot to spinning a dreidel on Hanukkah, hamantaschen on Purim to matzah on Passover, our rituals don’t just connect us to each other, they connect us to our sacred past. Ask anyone who has torn a piece of clothing upon the passing of a loved one, beaten their chest in true contrition over a wrong that cannot be righted, or watched their child stand at the Torah for the first time. Ritual done right accesses a place in the human soul that cannot be reached by words. Ritual done right is not only critical to who we are as Jews, but sits at the heart of what it means to be human.

All of which is why ritual innovation is a very tricky process.

This week’s Torah portion describes ritual innovation gone awry. With the initiation of formal worship in the desert tabernacle, Aaron’s two sons, Nadav and Avihu, step forward to make an offering which had not been commanded. In response, a fire burst forth and killed them. Generations of commentators have pondered the precise nature of a sin that merited such an immediate and all-consuming punishment. Perhaps they were inebriated. Maybe they lacked the requisite faith to serve as religious leaders. Or maybe, as some speculate, their offering signaled a lack of respect for Aaron and Moses.

The irony, of course, is that for as long as ritual has existed, so has innovation. Every ritual, from the Paschal lamb sacrifice to the red heifer ritual to the Hanukkah lights, was by definition an act of innovation. Sometimes ritual innovation happens in response to crisis (Zoom Seders and arguably all of rabbinic Judaism), sometimes in response to the changed sensibility of an era (the first bat mitzvah in 1922), and sometimes in response to new conditions (Holocaust Memorial Day or Israel’s Independence Day). We act as if these rituals date back to time immemorial, forgetting that they were initially innovations. In the words of University of Virginia’s Dr. Vanessa Ochs, “Part of the efficacy of rituals is that we can easily trick ourselves into believing that our invented rituals were never new, re-embraced or remade. But the fact is that all of our rituals were at one point created. They were new and then, because they were embraced, they became real.”

As stewards of Jewish ritual, contemporary Jews must contend with how much and how fast to innovate. On the one hand, for Judaism to come alive for every generation of Jews, there is a necessary process of shedding and adding rituals, not to mention assigning new meaning to old ones. We dare not let Judaism become a museum piece collecting dust. Taking someone to the mikveh after a round of chemotherapy may be far from the original function of a mikveh, but is nevertheless a powerful reapplication of an ancient ritual.

So too we must be wary of changing too much too fast. If one of the primary rationales for ritual is creating a shared language across the generations, then we must ensure the Judaism we practice is recognizable both to our ancestors and descendants. It is a balancing act best captured by Rabbi Abraham Isaac Kook, who wrote that: “The old will be made new, and the new made holy.”

Every generation, our own included, seeks nearness to God by way of rituals received, renewed and invented. Will we get everything right? Probably not. But if we are willing to balance a spirit of both conservation and experimentation, and if we are honest enough to admit that every ritual was at one time an innovation, then just maybe our generation will be remembered as a worthy laboratory of Jewish life, having passed on to the next generation a Judaism even more vibrant than the one we received.

This article initially appeared in My Jewish Learning’s Shabbat newsletter Recharge on March 26, 2022. To sign up to receive Recharge each week in your inbox, click here. 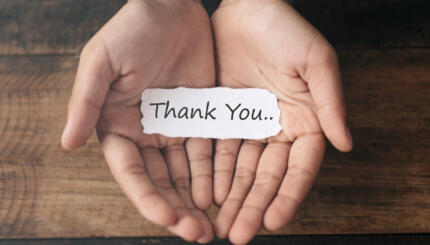 Remembrance of Kvetches Past

Remembering how we've suffered in the past helps us cultivate gratitude for the blessings we have right now.