Should we do mitzvot [commandments] because of some goal accomplished by their performance, or simply because God commands us to do them? Here are radically different answers to that question from two prominent 20th-century Jewish thinkers.

Yeshayahu Leibowitz (1904-1994), an influential Latvian-born Israeli Orthodox thinker, taught natural sciences at the Hebrew University of Jerusalem and served as Editor-in-Chief of the Encyclopedia Hebraica. The following is from his entry on “Commandment” in Contemporary Jewish Religious Thought, by A.A. Cohen and P. Mendes-Flohr, ©1986, Gale Group. Reprinted by permission of the Gale Group.

Mitzvot as a way of life, as a fixed and permanent form of human existence, preserve religion as a goal in itself and prevent it from turning into a means for attaining a goal. Indeed, most of the mitzvot have no sense unless we regard them in this manner, as an expression of selfless divine service. Most of the mitzvot have no instrumental or utilitarian value and cannot be construed as helping a person fulfill his earthly or spiritual needs. A person would not undertake this way of life unless he sees divine service as a goal in itself, not as a means to achieve any other purpose. Therefore, the halakha directs its attention to one’s duties and not to one’s feelings.

If mitzvot are service to God and not service to man, they do not have to be intended or directed to man’s needs. Every reason given for the mitzvot that bases itself on human needs — be they intellectual, ethical, social or national — voids the mitzvot of all religious meaning. For if the mitzvot are the expression of philosophic knowledge, or if they have any ethical content, or if they are meant to benefit society, or if they are meant to maintain the Jewish people, then he who performs them serves not God but himself, his society or his people. He does not serve God but uses the Torah of God for human benefit and as a means to satisfy human needs.

Therefore, the so-called “reasons for the mitzvot” are a theological construct and not a fact of religious faith. The only genuine reason for the mitzvot is the worship of God, and not the satisfaction of a human need or interest. If, for example, the meaning of Shabbat were social or national, it would be completely superfluous: The secretary of the labor union takes care of the workers’ need for rest. The Divine Presence did not descend upon Mount Sinai to fulfill that function. If Shabbat does not have the meaning of holiness — and holiness is a concept utterly devoid of humanistic and anthropocentric meaning — then it has no meaning at all.

Rabbi Mordecai Kaplan (1881-1983), founder of the Reconstructionist movement of Judaism, taught Jewish philosophy at the Jewish Theological Seminary of America for over half a century. His non-supernatural theology and his willingness to alter aspects of Jewish practice in keeping with his outlook generated controversy throughout his adult life and beyond. The following is reprinted from his book The Future of the American Jew (Macmillan, 1948. (The italicized portion is italicized in the original.)

In the matter of ritual observance, as in so many other phases of life, it is necessary to strike a balance between the interests of the group and the interests of the individual. This is implied in the fundamental principle that Judaism is a religious civilization. For a religious civilization is one which not only identifies the individual with his group, but makes the group responsible for the salvation of the individual, for helping him to experience life as supremely worthwhile or holy, and thus to commune with God. A satisfactory rationale for Jewish usage is one that would recognize in it both a method of group survival and a means to the personal self-fulfillment, or salvation of the individual Jew. Through it, the individual Jew will know the exhilaration of fully identifying himself with his people and, thereby, saving his own life from dullness, drabness and triviality. Jewish tradition brings to the daily living of the Jew, to his holiday celebration, to the celebration of turning points in his life, a wealth of beautiful and meaningful symbols embodying the sancta of his people, expressive of its ideals and native to its culture. These should be retained and developed; for no creed, no value, no self-identification of the individual with his people is effective, unless it is translated into action of a systematic and habitual nature.

If we accept this rationale of Jewish usage and recognize its dual function of contributing both to Jewish group survival and to the personal self-fulfillment of the individual, we must accept as a corollary the sanctioning by the group of variations in ritual usage. The circumstances of life are so different for different Jews, their economic needs and opportunities, their cultural background, their acquired skills and inherited capacities are so varied that is unreasonable to expect all of them to find self-fulfillment in the traditional rituals. That was possible only where the Jewish community lived a self-contained life and could make possible for all its members, without undue sacrifice on their part, the observance of all usages which were the norm in Jewish life. It is not possible when, as in democratic countries, the Jew has to live in two civilizations, and find his place in the economic and cultural life of the civic community as well as of the Jewish. 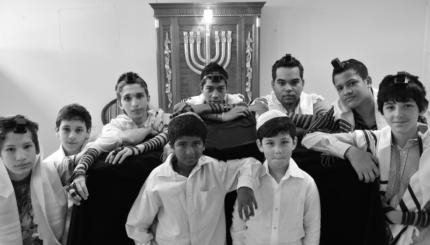 While some modern Jews have rejected the notion of chosenness altogether, others have reinterpreted it as an ethical mission or a national spirit.

The Commandments: Biblical Reasons to Obey

There are a number of reasons given to obey God's laws.