In the final portion of the Book of Numbers, Masei (Chapter 33:1 until the end), Israel stands just outside the Land, ready to start the settlement. First, all their travels and detours are reviewed; then laws pertaining to the division, settlement, and inheritance of the Land are given. The boundaries of the Land of Israel are described, with special cities of refuge for accidental man-slayers are to be set up. Finally, the Book of Numbers ends with a review of prohibitions against intermarriage and an affirmation of the claim of the daughters of Zelophehad. (See Parshat Pinhas.)

“Then the Lord said to Moses: Speak to the Israelites and say to them: ‘When you cross the Jordan into Canaan, designate some towns to be your cities of refuge, to which a person who has killed someone accidentally may flee. They will be places of refuge from the avenger, so that a person accused of murder may not die before he stands trial before the assembly'” (Numbers 35:9-12).

The subject of chapter 35 is the ir miklat, or City of Refuge, to which people accused of killing could flee; they could not be harmed by the family members of the victim once they had reached these cities. If they were found to be guilty of deliberate, premeditated murder, they were then punished accordingly; if it was some kind of accident or crime of heated emotion, the slayer was assured of protection as long as he stayed in the city of refuge. These cities were part of the system of cities set up for the Levites, who as a tribe did not receive any regular portion of the Land, because of their role as ritual assistants to the priests.

Rabbi Meier Levi, a chaplain and psychologist, writes movingly about the tremendous, paralyzing guilt that can torment someone who may have some responsibility in another’s death. The doctor who made a mistake, the careless driver, the person who didn’t take the warning signs of suicide or depression seriously enough, the family member who has to make a terrible decision to end life support — in such a situation, one can easily imagine feeling that one’s life is utterly destroyed, that one deserves to be rejected by both people and God. Rabbi Levi then draws a parallel between the designation of a city of refuge with the building of God’s Sanctuary in the center of the people:

The most significant aspect of a City of Refuge was that it was, in every meaning of the word, a sanctuary. A sanctuary is, of course, a place of protection. But a sanctuary is also a temple to God — designed and built according to God’s instructions and cared for by priests.

A sanctuary — be it a temple of marble and gold or a City of Refuge to which criminals flee — is a powerful, concrete symbol of God’s constant presence among people. God dwells with people, whoever they are, whatever they have done. His covenant with them is unshakable: His love is unconditional. No matter who you are and what you have done, God does not abandon you. God recognizes that people make mistakes. He always gives us another chance. And this is what the hapless offender — ridden with guilt and remorse-was to learn in the City of Refuge. (From Ancient Secrets: Using the Stories of the Bible to Improve our Everyday Lives, p. 198-199.)

One could even imagine that these accidental criminals would form a kind of community. They might have come to the city of refuge in a panic, feeling utterly lost, and found there others in the same situation, people who could truly understand their feelings. These were Levite cities; perhaps the fact that these cities had a special “religious” designation helped these “refugees” understand that they were not rejected by God for their actions.

Notice that the accidental criminal didn’t get off “scot-free;” he had to stay in the city of refuge until the current High Priest died, which could have been many years. Actions do have consequences, and reconciliation is not automatic; it proceeds on its own schedule, which can’t be predicted.

What makes the lesson of the cities of refuge so powerful is that accidental manslaughter is an extreme case–if someone who killed is not rejected by God, but can in fact still find empathy, safety, and the possibility of reconnection to the wider community, how much more does that apply to the everyday mistakes we all make! Nothing puts us beyond the reach of the Divine; there is no rift that can’t be at least partially healed, at least in theory.

How do we nurture such healing? By finding people who have “been there,” or at least who can listen without judgment; by letting go of old wounds (remember that the “blood-avenger” was no longer excused for his anger after a certain amount of time); by finding a place where we can be accepted with all of our imperfections, and by remembering that God understands that everybody makes mistakes, sometimes even terrible ones. The lesson of the ir miklat (city of refuge) is that the process of healing takes time, space, community, and spirituality; with these elements, we can build Sanctuaries wherever we are. 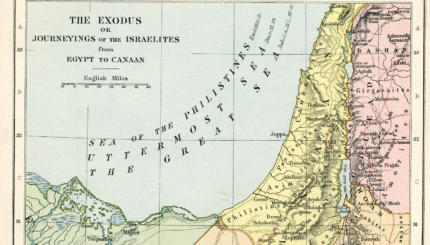 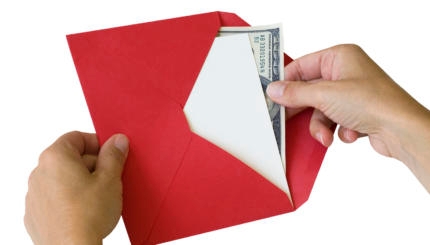