The Jewish blessing known as Birkat Hagomel is recited by people who have survived a traumatic, potentially life-threatening episode. One who wishes to recite (“bench,” in Yiddish) Birkat Hagomel is first called up for an aliyah to the Torah. Then, before the entire congregation, the individual recites the following blessing:

Blessed are You, O God, ruling spirit of the universe,

Who rewards the undeserving with goodness,

and who has rewarded me with goodness.

Upon hearing this, the congregation responds:

Amen. May the One who rewarded you with all goodness

continue to reward you with only goodness, Selah!

It’s a powerful moment — when a person publicly thanks God for being delivered safely from danger, and the congregation affirms that thanks.

The origins of the Birkat Hagomel ritual are found in the Talmud (Berachot 54b) in which the sages teach that a person who survives one of four specific types of calamities is required to offer thanks:

Rav Yehuda said in the name of Rav:

Four types of people must give thanks:

The 16th-century Jewish law code known as the Shulchan Aruch offers a mnemonic for these four categories of survivor in the word chayyim (חיים) “life”: CHavush (“prisoner”); Yissurim (“suffering, sick”); Yam (“sea”); and Midbar (“desert”).  Chayyim is a fine memory-aid for this blessing, because Birkat Hagomel is fundamentally about surviving brushes with death, and the profound awareness and gratitude for life that such moments bring to us.

In our time, the spirit of this prayer has expanded to all sorts of other life-and-death situations, such as surviving a car accident, recovering from major surgery, or enduring childbirth. The classic Jewish law codes actually encourage us to broaden the categories of people who can say the blessing — but only to a point. The Shulchan Aruch (Orach Chayim 219:8) suggests that the prayer is appropriate for anyone “who was confined to bed because of their illness and then got up again.” The medieval sages known as the Tosafot were careful not to make this blessing too common; they explain that it is not designed for people “merely with headaches or stomachaches who are not confined to bed.” Rather, it is only for those brushes with mortality that leave us shaken — and profoundly grateful for our survival.

The sentiment that the supplicant is “unworthy” of being delivered (the prayer refers to God as one who “rewards the undeserving with goodness”) echoes the Jewish patriarch Jacob’s famous prayer for safety. Just before he was reunited, after a long and bitter estrangement, with his brother Esau, Jacob experienced a late-night reckoning of the soul. Reflecting on the protection he had undeservingly enjoyed from God his entire life, Jacob humbly asked for one more act of divine deliverance: “I am unworthy of all the kindnesses You have steadfastly shown to Your servant…” (Genesis 32:11). Like Jacob, one who recites Birkat Hagomel approaches the blessing with a sense of awe and humility for having survived an ordeal, knowing that others have not.

But despite the language, argues author Ellen Frankel, the format of the Birkat Hagomel prayer is meant to evoke the opposite of unworthiness. She notes many survivors feel guilt for making it through a situation that other have not. The public call-and-response format of the prayer, she argues, is meant to combat that sense of survivor’s guilt. By reciting the blessing in front of the entire community, the survivor hears neighbors and friends affirm that their delivery is nothing but a blessing.

In some ways, too, Birkat Hagomel as an expression of the extraordinary power of public prayer, and grateful recognition that sometimes prayers do indeed succeed. It is kind of the flipside — or culmination — of the Mi Sheberach prayer for healing which might be recited for weeks or months or even longer while a person battles serious illness. When that person finally recovers, it feels appropriate to mark the moment with public prayer. Birkat Hagomel is just that opportunity to express gratitude for the miracle of healing and the full restoration to family and friends — and, indeed, to life itself. 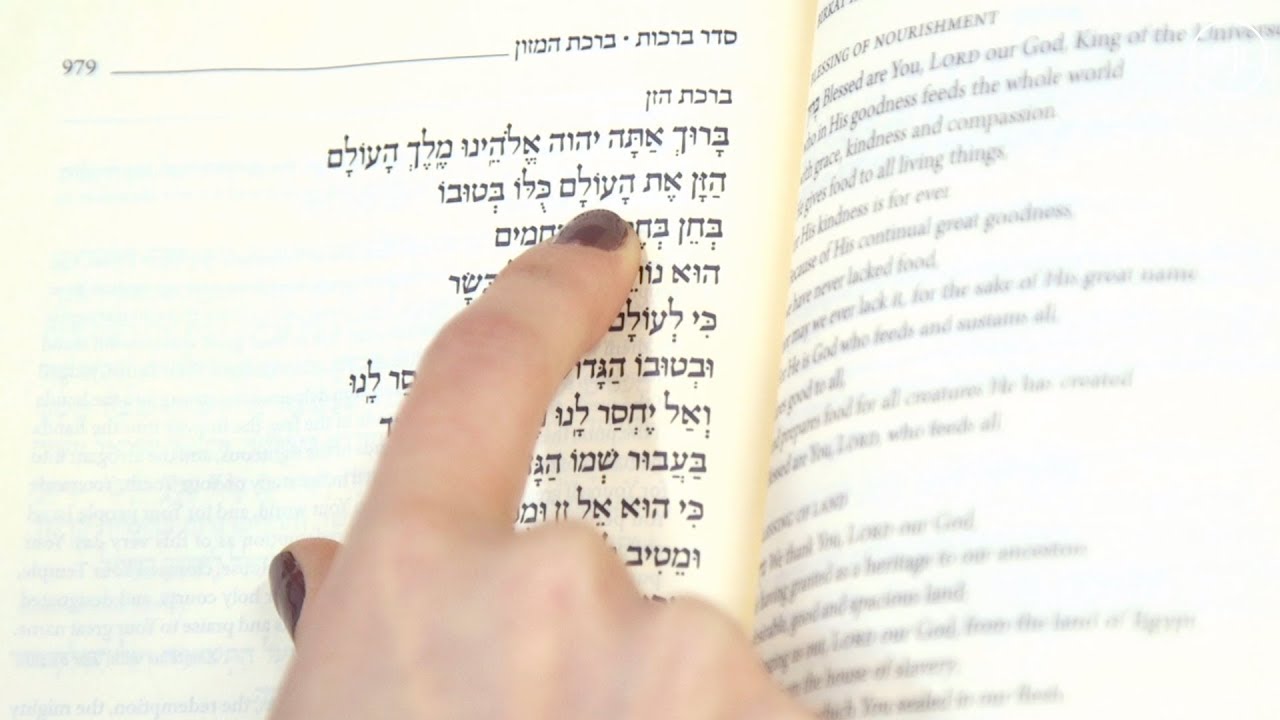 How to Say Birkat Hamazon (Grace After Meals)

This blessing of thanksgiving is said after completing a meal.

All about the grace after meals.