Among the several firsts of this week’s Torah portion are cruelty and violence, introduced into the human story by Cain’s murder of his brother Abel. As depraved as it is, Cain’s sin seems only to grow, to expand from violent rage into genuine cruelty when we hear his response to God’s haunting question, “Where is Abel, your brother?” To this, Cain spits back, taunting God — and us — with his perverse question, “Am I my brother’s keeper? (Genesis 4:9).”

The Torah has set up its audience ingeniously here. It baits us to answer Cain. It begs us to intervene in this macabre rhetorical volley and shout back through the eons in disbelief: “Of course you are your brother’s keeper! That hateful rejection of your familial responsibility is the very thing that allowed you to spill his blood!” By posing–and leaving unanswered–Cain’s audacious question, the Torah compels us to articulate this fundamental moral principle for ourselves. It prompts us to experience our response as an intuition as primal as Cain’s violence.

While the Torah leaves this outraged response to its reader, it does not leave Cain’s question unanswered. Instead, it allows a subtler response to unfold. At the close of Cain’s story, the Torah recounts the generations between Adam and Noah, from which Cain is conspicuously absent. After Abel’s murder, Adam and Eve beget another son, Seth. Seth, in turn begets Enosh, who begets Kenan, who begets Mahalalel, who begets Jared, who begets Hanokh, who begets Metuselah, who begets Noah, from whom, as survivors of the flood, we are all descended.

What is the value of this odd literary form, this recitation of generations? There is a midrash that recounts a discussion between the Sages in which they debate the fundamental principle of the Torah. Rabbi Akiva maintained that the greatest principle was Leviticus’s command to “love your neighbor as yourself.” To this, Ben Azzai responded that the recitation of the generations of Adam is the greater principle (Sifra, Kedoshim 4:12).

We can understand Ben Azzai to mean that Bereshit’s recitation of our common ancestry underscores the depth and breadth of our responsibilities to one another even more powerfully than the golden rule. After Cain, the Torah starts human history over again. It leads us through the generations of begetting, impressing upon us that our history is fundamentally a relational one that is rooted in a common ancestry, a single family of humanity.

And in this original familial relationship resides our profound responsibility to one another. The recitation of the generations of Adam trumps the golden rule as the “greater principle” because it clarifies the subject of the ethical imperative. “Let there be no mistake,” the begetting seem to say. “The ‘neighbors’ for whom you must care are not only the people around you, but the entirety of this large, unruly human family from which you are a lucky, and burdened, descendent. Each member of this family is your ‘brother.’ And none, therefore, are you free to abandon.”

This section of the Torah, the recitation of the generations of Adam, thus challenges us to allow God’s question to Cain–“Where is Abel, your brother?”–to reverberate throughout the millennia. It demands that we pose this question with the awareness that, in the eyes of Bereshit, all humanity is descended of one family. It compels us to pay attention to the words of the question itself–to recognize that it is not only a query about Abel’s whereabouts, but also an insistence that he is our brother.

As common descendants of Adam, we are not free to shed our brotherhood with Abel. We are simply not at liberty to allow the gulfs created by national, cultural, linguistic, religious, or racial differences to obscure our responsibility to those who are hurt or violated. Instead, we must step up to this haunting question whenever it is asked and answer resolutely: “I am my brother’s keeper.” 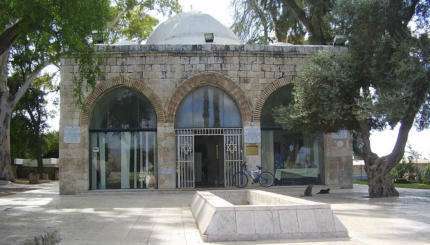