Question: I am in a relationship with a Jewish girl and her father is very disapproving of our relationship because I am not Jewish. Is there anything that we could do to help resolve the rift that is forming between her and her father? We have both decided that we aren’t going to end our relationship. Any advice or guidance would be much appreciated.

Answer: You’ve got your work cut out for you, Zachary, but the fact that you’re asking is a good sign.

One of the most important ways of getting your girlfriend’s dad to understand where you’re coming from is to be comfortable with your own position. So my first suggestion is to sit down and talk to your girlfriend about what Judaism means to her, and what it means to her father. You should also discuss what your religion and/or cultural background means to you. Before you even begin to address your girlfriend’s father, you should be sure you’ve talked about these issues as a couple. This is a healthy thing for any couple to do, but particularly an interfaith couple.

It may make you uncomfortable to talk about marriage and children at this point, but it’s worth doing anyway. If you get married, is it important to you what kind of clergy performs the service? Do you care where the wedding is held (church/synagogue/non-religious space)? Is it important to your girlfriend that her children be Jewish? What kind of religious education would you like to give your children? All of these are probably questions that her father is worried about, so before approaching him, it’s a good idea to come to some kind of consensus as a couple.

When you’re speaking with your girlfriend’s dad, it may be helpful to ask him about specific fears and concerns he has about your relationship. Is he concerned about future grandchildren? Is he concerned his daughter might leave Judaism entirely? Hopefully you’ll have already spoken about these issues with your girlfriend, so you can address them directly and honestly with her dad.

Intermarriage is an incredibly touchy issue in the Jewish community, and many people find the idea of their children marrying non-Jews very upsetting. This can be connected to all kinds of issues, but you shouldn’t be surprised if your girlfriend’s father brings up the Holocaust. Though it may seem ridiculous to you, for many people in the Jewish community genocide and assimilation are grouped together because they both threaten the continuity of the faith.

Your best bet in this situation is to emphasize the ways in which your girlfriend will not be abandoning her faith. Talk about the parts of Jewish culture and ritual that you’re looking forward to doing together.

On your own, I suggest doing some reading about Judaism. Try to learn about the basic holidays, lifecycle events, and beliefs (MyJewishLearning is a great resource for all of that, but the Judaica section in your local bookstore or library is another good place to go). When you’re speaking with your girlfriend’s father it’s a good idea to mention a Jewish holiday or ritual that you plan on doing with your girlfriend (and her family, if that’s appropriate). Demonstrating that you are willing to be a part of her religious traditions is a good way to show that you’re not as threatening as he might think.

Be honest with yourself and with your girlfriend’s family about the challenges you face as an interfaith couple. Try to explain why you’re willing to work past those challenges, and what’s so valuable about your relationship.

Finally, and perhaps most importantly, know that relationships change over time. Your girlfriend’s dad may feel really strongly about this issue now, and later on he may soften his position. It’s worth it to do everything you can to show him that you value his opinion and that you’re serious about making the relationship work, but it’s good to know that how he feels about you now may be completely different from how he feels about you in a year or five years or ten years.

The Jewish Outreach Institute is another good resource for you–they have a helpful website, and when I contacted their Executive Director Rabbi Kerry Olitzky he suggested that you be in touch with him directly, and he’ll try to give you any help he can. He’s really good at this kind of thing.

Have a question for the Expert? 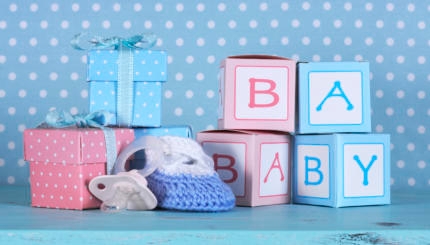 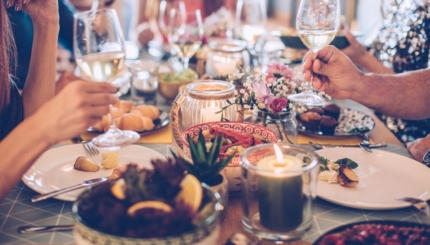 Ask the Expert: Jews for Jesus

What do you say to a friend who is interested in Jews for Jesus?