Question: I’ve noticed some letters after people’s names in my synagogue’s weekly announcements. What do a”h and z”l mean?
–Sharon, New York

Answer: American English is just now coming into the age of acronyms. OMG, LOL, LMAO, FTW! But in Hebrew, acronyms have been a big part of written language for more than two thousand years. Important commentators are referred to using acronyms (so Rabbi Shlomo Yitzchaki becomes Rashi, and Rabbi Moshe ben Maimon becomes Rambam), and important works of rabbinic literature are full of acronyms for terms like “if so” and “it’s impossible” and “as it says in the Talmud.” These acronyms made heavy books of scholarship shorter and made it possible to transcribe long passages of text quickly.

In the West we have an acronym associated with death: RIP, which stands for Requiesecat in Pace (Latin for “rest in peace”) as well as “Rest in Peace” In Hebrew, there are a few acronyms that parallel this. A”H is short for alav/aleha hashalom, which means “peace be upon him/her.” Alternately, z”l stands for zikhrono/zikhronah livrakha, meaning “May his/her memory be a blessing” and zt”l stands for zekher tzadik livrakhah “May the memory of this righteous one be a blessing.” So when you see a name followed by any of these acronyms, the implication is that the person mentioned is not alive.

There’s also a Hebrew acronym for respected rabbis who are alive. Shlit”a is short for Sheyikhye L’Orech Yamim Tovim Arukim/Amen (other traditions suggest it stands for Sheyibadeh L’Yamin Tovim V’Arukim), which means “He should live a good and long life.” Both Shlit”a and the honorifics for the dead are typically given after the person’s name, and not before.

OK, hope that was helpful. TTYL.


Sign up for a Journey Through Grief & Mourning: Whether you have lost a loved one recently or just want to learn the basics of Jewish mourning rituals, this 8-part email series will guide you through everything you need to know and help you feel supported and comforted at a difficult time.

Learn the reasons for this distinctive mourning practice.

The Tombstone, the Unveiling and Visiting the Grave

What happens at the Jewish cemetery. 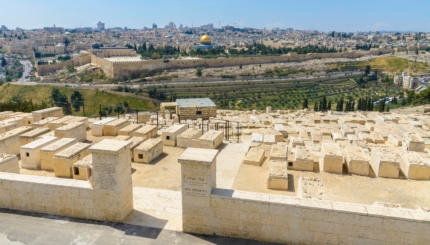