Excerpted and reprinted with permission from "A World in Which Everything Hurts," published in the Forward (July 30, 2004).

As a college student in the mid-1930s, Arthur Miller believed the answer to the Jewish question was clear: a leftist economic program combined with rapid assimilation. But during the next decade, the grim reality of 6 million dead in Europe and the persistence of anti-Semitism in the United States would pose a stark challenge to Miller’s prescription. In the end, though, Miller concluded that, still, the solution was for Jews to fully integrate into American society and only their own moral failings would prevent them from overcoming anti-Semitism.

The point is hammered home in Focus, when the novel shifts from a straight discussion of anti-Semitism to an analysis of the endless suffering of the Jewish people, with Miller employing the character of Mr. Finkelstein as a mouthpiece. As the Jewish shopkeeper struggles to decide whether to leave the Christian neighborhood in the face of harassment from anti-Semitic thugs, he recalls the centuries-old story that his father would frequently tell him of Itzik the peddler, who lived in a Polish village where gentile peasants rebelled against the ruling baron and stole more than 1 million kroners from him. Under the threat of death, Itzik was forced by the baron to swindle the ignorant peasants out of their newfound treasure. But then, to cover up his own role in the scam, the baron organized a pogrom, had Itzik’s family murdered, and took back the money.

Finkelstein’s moment of enlightenment comes when he realizes that his father and so many other Jewish fathers of the past had mistaken tragically the moral of the story to be that the Jew was "fated to a bloody end." Instead, Finkelstein tells himself:

"Itzik should never have allowed himself to accept a role that was not his, a role that the baron had created for him. When he saw that the baron was bent on diverting the peasants’ wrath from himself, he should have allowed his indignation to carry him away and gotten on his wagon and driven directly home. And then when the pogrom came, as it would no matter what he did, he could have found strength to fight. It was the pogrom that was inevitable, but not its outcome. Its outcome only seemed inevitable because that money was in his house as the horses’ hoofs came pounding into the village. That money in his house had weakened him, it was the blindfold they had put upon his face and he had no right to let them put it on him. Without that blindfold he would have been ready to fight; with it he was only ready to die."

Any doubt that this is Miller’s own view vanishes when Finkelstein decides not to flee from his new neighborhood, telling himself: "I am no Itzik"–read Izzy [Miller’s father]–"They are not going to make an Itzik out of me."

Through Finkelstein’s stream of consciousness, Miller is telling his readers that the fatal mistake of Jews throughout history has been their repeated willingness to assume the role assigned to them by anti-Semitic societies, allowing themselves to be transformed from victims into partners in the crimes of the larger society. Miller, in other words, believes that the Jewish people carry the mark of Cain–for the sin of moral compromise.

Miller could well be standing with the majority of American Jews in his ignorance of and disregard for the Jewish corpus. But few, while sitting atop such a shaky foundation, have offered such a sweeping and public verdict against the past.

The greatest victim, however, appears to be Miller himself, who seems to have lacked not only a physical homeland, but also the emotional comfort and sustenance gained from Jewish culture, peoplehood, or faith. The resulting alienation fueled some of his best work, but also transformed the playwright into a new breed of wandering Jew–one perhaps even worse off than his historic predecessors. 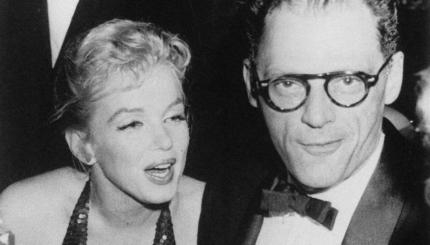 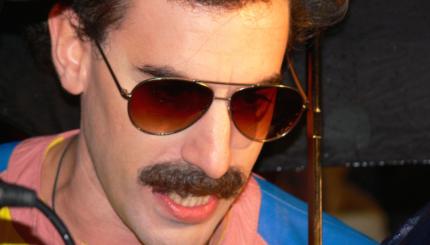 If Borat Was Iranian

Just weeks before the release of Sacha Baron Cohen’s Borat, Twentieth Century Fox downgraded the scope of the film’s release ...