For many, Rabbi Abraham Isaac Kook is closely associated with the concept of evolution. Popular and academic treatments of his thought, as well as anthologies of his writings, consistently highlight his embrace of the principles, if not the details, of evolutionary theory.

There is, indeed, a strong correspondence between certain non-Darwinian evolutionary theories and Kook’s own sense of the progressive unfolding of reality. Yet nowhere does Kook directly cite Darwin or any other biologist. Although it is true that evolutionary ideas permeated his thinking, he wrote very little about biological evolution.

Kook began writing on evolution in the first decade of the twentieth century, long before the Modern Synthesis of the 1940s and before Darwin’s mechanism of natural selection was largely accepted within the scientific community.

Kook discusses evolution in the section of Orot Hakodesh entitled "The Ascending Development." From the title, it is already obvious that Kook believes that development has a direction. The world is moving toward greater perfection, even though there may be temporary setbacks.

Although Kook focuses on development and the process of perfection, he is careful to distinguish his theology from the philosophy of Henri Bergson, which is predicated solely on the dynamic process of becoming, to the exclusion of any notion of perfect, static being.

Kook tethers the dynamic creativity of Bergson to the static, ultimate reality pointed to by Benedict Spinoza. The metaphysical telos (goal) of the process of becoming is rooted in divine being. Kook’s concept of static and divine Being, for which he uses the kabbalistic term Ein Sof, is the ground for his cherished goal of progress. As Yosef Ben Shlomo has commented: Rabbi Kook’s argument against Bergson is that without a transcendent Being, i.e., absolute perfection above and beyond betterment, there is no goal toward which the world strives. For Kook, the Ein Sof is the telos of creation.

Ascendancy and the Divine Element

Once the metaphysical ground has been prepared for a discussion of change and becoming, Kook offers his most famous comments on evolution:

"The theory of evolution (hitpattehut) is increasingly conquering the world at this time, and, more so than all other philosophical theories, conforms to the kabbalistic secrets of the world. Evolution, which proceeds on a path of ascendancy, provides an optimistic foundation for the world. How is it possible to despair at a time when we see that everything evolves and ascends? When we penetrate the inner meaning of ascending evolution, we find in it the divine element shining with absolute brilliance. It is precisely the Ein Sof in actu which manages to bring to realization that which is Ein Sof in potentia." (Kook, Orot Hakodesh II:537)

It is evident here that Kook treats evolution as a philosophical theory, not a scientific one. The biological mechanisms of evolution do not interest him at all. Kook is willing to accept that humanity has its biological roots in wild beasts, but he conspicuously avoids elaborating on the details of biological evolution.

He ostensibly accepts the ideas inherent in the facts of evolution–that humans appeared on earth after other animals and possess a physiological, ethical, and intellectual inheritance from them. But Kook uses these facts to point to the progress exhibited by natural history (Ibid, II:543).

The theory of evolution, Darwin’s or anyone else’s, is no more than a fleeting theory that will undergo modifications, just like the cosmological theories of Ptolemy, Copernicus, and Galileo in the past, says Kook: "There is no contradiction whatsoever between the Torah and any of the world’s scientific knowledge. We do not have to accept theories as certainties, no matter how widely accepted, for they are like blossoms that wither. Very soon, scientific knowledge will be further developed and all of today’s new theories will be derided and scorned. … But the word of God will endure forever." (Letters of Rav Kook, Letter 91.)

For Kook, evolution conforms to the secrets of Kabbalah. One of those secrets, contrary to Darwin’s hypothesis, is that development has a direction and that the movement is progressing, albeit asymptotically, toward perfection. Not only did that sense of optimism challenge Darwin’s denial of biological teleology in natural history; it also countered Arthur Schopenhauer’s "blind will" in human history.

For Kook, the mystical monist, the lesson of evolution applies as much to human history as to natural history. Even the political theorist Moses Hess, whom Kook had read, applies notions of progressive biological evolution to human history: "History, like nature, will finally have her epoch of harmonious perfection …. There is a law of progress" (Hess, Rome and Jerusalem).

Now we can understand how progressive and purposeful biological evolution fits into Kook’s worldview. Although it is certainly true that philosophies of progress, as espoused by European Naturphilosophen and Lamarckians, were standard European fare in the late nineteenth and early twentieth centuries, Kook is on solid ground in his assertion that they are compatible with Jewish esoterism.

Kook merely points out that, in the theory of evolution, Western thought had finally caught up with the Kabbalah! Kook’s embrace of evolutionary theory, progressive and directed, is consonant with his previously held monistic understanding of the unfolding of reality.

Shalom Rosenberg, who analyzed the texts in which Kook deals specifically with issues of science, has described his approach as a synthesis ("Introduction to the Thought of Rav Kook," 88-97). One element of Kook’s synthesizing project involved making room for the partial truths of science within the larger framework of religious truth.

Like earlier mystics, Kook sought to integrate a devalued science into his worldview. Orot Hakodesh opens with a salvo aimed squarely at secular science: "Religious wisdom ranks higher than all other sciences in this: religious wisdom transforms the will and the spiritual attributes of its learners, drawing them to the supernal heights on which its concern is focused …. All secular sciences lack this capacity because they cannot, by themselves, engender anything new." (Orot Hakodesh I:1.)

Among those secular sciences was the relatively new field of biblical criticism. Kook adroitly navigates the minefield of the creation narrative. Rather than attempting to read science into Genesis, he separates Torah from science. In a 1905 letter to Moshe Seidel, Kook articulates his position on the relationship between the creation narrative of Genesis and modern science:

"Even if it were clear to us that the order of creation was through the evolution of the species, there would still be no contradiction. We calculate time according to the literal sense of the biblical verses, which is far more relevant to us than is ancient history …. The Torah obviously obscures the account of creation and speaks in allusions and parables. Everyone knows that the account of creation is part of the secrets of the Torah. And if all these statements were taken literally, what secrets would there be? … The essence [of the Genesis narrative] is the knowledge of God and the truly moral life." (Letters of Rav Kook, Letter 91.)

Kook treats the Genesis material somewhat differently than had earlier Jewish theologians. Many European rabbis had attempted to read science into the biblical story of creation. They claimed that science helps us read the Bible and understand certain cosmogonic and cosmological midrashim. Others argued that the Torah is a guide for moral behavior, not a scientific text. Kook synthesizes the two approaches.

On the one hand, Genesis does provide an account of the creation of the universe and its description is not wrong; but that description is opaque. "Everyone knows," Kook wrote, that creation is a secret of the Torah (See also Orot Hakodesh II:542). He refuses to belittle the Bible by reading the science of the day into the eternal Torah.

The exoteric essence of the Torah is its moral message and its insistence on the purposeful divine creation of the cosmos. Although the esoteric Torah does contain true science, we can currently learn only theology and morality from the exoteric Torah. In this way Kook preserves the verisimilitude of the Torah and neutralizes evolution’s textual challenges to the Torah account of creation.

Recognizing the deeper meaning of the text. 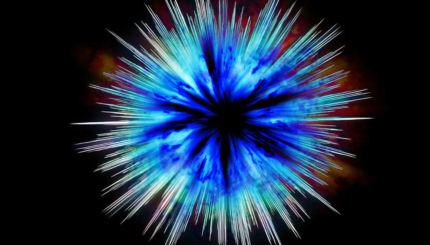