The following blessing was delivered on April 26, 2018, at the opening of the National Memorial for Peace and Justice in Montgomery, Alabama. The memorial to the thousands of African-American victims of lynching was inspired in part by memorials to the victims of the Holocaust.

We cannot ignore the infection that appears beneath the skin, but rather investigate it, assess it, rout it out.

What remains will be scarred forever, but it will be stronger than before, and with treatment can begin to grow toward health and healing.

Just this morning, the New York Times released a recording of NFL owners and players arguing what to do in light of the president’s attack on players kneeling in protest of racial injustice at games. One owner (a moniker I find increasingly unconscionable, especially after my time at the museum this week), particularly worried that the battle would hurt business and distract from the game, said, in anguish: “All of us now, we need to put a Band-Aid on what’s going on in the country.”

Our nation is profoundly unwell. We suffer from a sickness of the soul; we are plagued by an illness that has metastasized over centuries.

For too many years, the illness has gone misdiagnosed. And the prescription has been insufficient or non-existent.

Today we stand on holy ground. A site on which soul doctors have named the illness, investigated the source and begun to rout out the infection, before it takes over and destroys the whole body.

On another hill in Montgomery, not too far from here, stands a statue, tall and proud, of the president of the Confederacy, the leader of the insurgency against the United States. He is honored as a “Soldier, Scholar, Statesman.”

Nearby stands another statue, celebrating the “Father of Modern Gynecology,” a doctor who performed experimental surgeries on enslaved women with neither their consent nor any anesthesia.

Inside the building, at the top of that hill, are painted portraits of generations of men who presided over and fought to perpetuate the dehumanization of black people.

This is not that kind of hill.

This is not that kind of remembering: white-washed. Marble-ized. Sanitized.

This remembering is a reclaiming of painful, hidden truths:

Like the truth that the toxic narrative of white supremacy long outlived the institutions of slavery and Jim Crow.

And the truth that there is a direct line from those indignities, upon which rests the foundation of this country, to the pervasive demonization and criminalization of black people in America today.

And the truth that the young boy in Tennessee in 1956 holding a sign that says “WE WON’T GO TO SCHOOL WITH NEGROES,” is as damaged by this history as the boys and girls he was taught to hate.

And the truth that the failure to speak honestly about this reality not only perpetuates gross injustices, but also endangers the whole American enterprise.

“Why do you push us around?” Rosa Parks asked.

“I do not know,” the officer answered. “But the law is the law, and you’re under arrest.”

That officer may not have known. But we know. The Legacy Museum uncovers the truth, connects the dots, and helps us remember.

We remember that pushing black folks around, controlling, containing, hurting and humiliating, terrorizing and traumatizing was and is a deliberate strategy. State strategy.

And only when we acknowledge that truth and remember that reality we will be able to loosen the chokehold of white supremacy over our nation.

God, thank You. Thank You for planting the seed of possibility that has grown into this holy, life-affirming, memory-holding, courage-generating, truth-telling site.

Thank You, God, for protecting and strengthening Bryan Stevenson, and all those who have worked to transform blood drenched soil into holy ground, inscribing names and dates. Counties and states. Boldly telling whispered stories out loud.

Thank You for giving us eyes willing to see the open wounds, so that we can begin to treat the illness.

Thank You, for reminding us that both the diagnosis, and the treatment, are in service of justice, in the interest of dignity, and in the spirit of love.

(Sharon Brous is the founder and senior rabbi of IKAR, a spiritual community in Los Angeles. In 2013, she was named the most influential rabbi in America by The Daily Beast.) 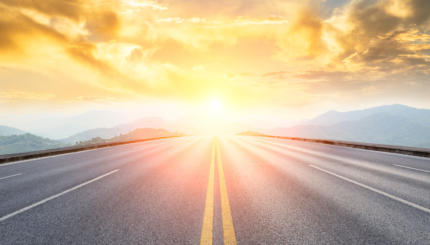 In Judaism, it is the journey, not the destination, that matters.

This series of petitions addressed to "Our Father, Our King," is recited on Yom Kippur and other fast days.