“He has told you, O man, what is good, And what the LORD requires of you: Only to do justice And to love goodness, And to walk humbly with your God”
-Micha 6:8

This verse reverberated in my head recently as I prepared for a recent rabbinic retreat. Each rabbi was asked to fill out a questionnaire meant to assess our character strength, such as bravery, creativity, love of learning, logic and so on. In theory, there were no ‘right’ answers; every trait has its place in making the world go round. But surely there are some traits, that should come together for certain professions, should there not? Surely a teacher must love learning, judge fairness, be a healer, have compassion and so on.

As we read in the Bible, humility is a positive when it comes to walking with God. And walking with God is at the core of my understanding of the role of the rabbi. Humility is essential to keep rabbis from confusing the work we do in the service of God with being as great as God.

But at the same time, I’m not just a rabbi, I’m a woman rabbi.

And when it comes to women, humility gets complicated.

Humility is freedom from pride or arrogance. It comes from the Latin word humilis, which literally means low, and also suggests modesty or a lower sense of self-importance. But what passes as pride or arrogance is often judged more harshly in women than men. And when women do not push through the modesty thrust upon the by societal expectations of womanhood, they are unlikely to get noticed. In other words, for women being humble can get in the way of doing God’s work, or any work for that matter.

Take for example Dorothy Vaughn, played by Octavia Spencer in the movie Hidden Figures. Vaughn was one of a group of female African-American mathematicians who worked as human calculators at NASA in the 1960s. In the movie, left without a supervisor, Vaughn took on organizing the group and distributing assignments. Given the double burden of racism and sexism, humility would have been the end of the line. Instead, knowing her worth, she approached a white female supervisor and clearly stated her capacity to become a supervisor. When that failed, she persisted, daringly pioneering and training other black women in computer programming. Under her leadership and innovative visioning new realities became possible. Humility would have been a hindrance; only a healthy ego and sense of reasonable entitlement by Vaughn made any of this possible.

Humility seems to be one of the barriers to having more women in public office. Unlike men who are often glad to put themselves forward to run, women usually have to be asked more than once, in no small part because they don’t feel qualified, even when they are.

Once women are in office, elected or paid positions, they still have to battle with gendered visions of humility and the ‘proper’ place of women. Unless women speak up they are unlikely to be heard, and if they speak up to loudly they may be seen as too forward, even if the ideas they present are smart and mission critical. In the Obama White House, which had a large number of professional women, the women actively countered these tendencies by reinforcing the ideas that individual women suggested so they could not go unnoticed or unattributed. Collectively fighting against expectations of modesty was the only way these women could possibly give the best they had to offer to their country.

The first women rabbis were similarly filled with a healthy sense of self and their right to step into a role that had historically been denied to them. Even today, women rabbis cannot truly afford to be humble lest their other God-given talents, so essential for their success, be overlooked.

READ: A History of Women Rabbis and the Struggle for Ordination

Alan Moranis, one of the leading teachers of the Jewish study of character traits offers a more textured vision of humility. One that encourages each of us to take up the space that we are expected to. “Being humble doesn’t mean being ‘nobody,’ it just means being no more of a ‘somebody’ than you ought to be. After all, Moses, the greatest of the prophets, is described in the Torah as “very anav [humble], more than any other men who were upon the face of the earth” (Numbers 12:3).”

Unfortunately, I know from my own experience, from countless conversations with other women professionals, and from watching women, from Hillary Clinton to Kellyanne Conway, that when women fulfill on Moranis’ vision of humility and boldly step forward to share what they have to give, they are derided instead of celebrated.

For women, women rabbis included, humility cannot be a fixed trait. Until women are able to be as strong and decisive as Moses without being labeled nasty or aggressive, they will never be able to reach his biblical or their full potential. Until women’s voices and contributions are valued without undue censure or disregard, they will never be able to be humble without sacrificing capacity or self-regard. And then, and only then, will we really be able to both walk with God and be humble. 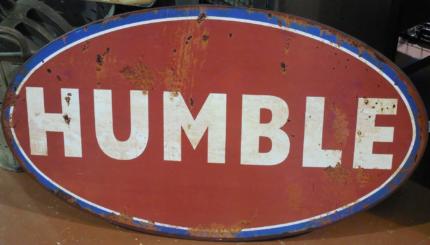 Humility and How to Get Some

Do we each have more to learn, things we can do better?

Traditional Jewish thought sees the whole world as a laboratory for learning. On the one hand, everything has value in ...

Rabbinic scandals, anyone? Voyeurism, clannishness, sexual harassment, court battles over defamation. We’re shocked — not just because we expect better, but ...