This past summer, Camp Louise in Cascade, MD, started laying the groundwork to become an inclusive camp. Camp Louise is a Jewish residential camp for girls, serving girls in grades 2 through 12. Upon reflection, and looking at what kind of camp community had evolved in this special place, the decision to become inclusive seemed natural. Camp Louise has a long-standing tradition of becoming a second home for generations of women – camp has been around for 95 years! And now, it can officially be that for any young girl who wants to call it home!

As we think about who we have served, and will continue to serve, I think of Rose, a camper who was new last summer. Prior to camp starting, Rose’s parents reached out to our camp director, and identified that Rose had Autism. She had been unsuccessful at other camps, and school was continuing to be a challenge. On top of this, she had not been able to sleep out successfully at anyone’s house. . Our camp director put the family in touch with me, as last summer I was beginning to expand my role at camp. Prior to last summer, I had served as the Division Head, and but as we looked to becoming an inclusive camp, my role would be shifting to also become the Inclusion Coordinator. Rose’s family was the first that I was able to work with in this capacity.

Prior to camp starting, I reached out to the family to learn about Rose, and we worked together to put supports in place prior to Rose coming to camp. When Rose arrived, I met with her and her family, welcoming them to what I hoped would be a great summer. We reviewed the supports, met the bunk staff and Unit Leader, and her new bunk-mates.

A few days into camp, Rose had been chosen as “Mermaid of the Day!” This is an honor given to a camper who shows perseverance and hard work at the pool! They get a special prize that they get to carry around for the day, and are recognized at the pool. Rose was so proud, and she was sharing her prize with a new friend in bunk, letting her carry it for a while. When I called Rose’s parents to share the news, you could hear the happiness over the phone. Rose had a wonderful two weeks at camp, and when she went home at the end of her session, she told me that she was sad to leave her new home.

We want all of our campers to be successful, and we will continue to work with our families to ensure that we can meet our campers’ needs and help them have a successful summer! As I reflect on the journey that has brought Camp Louise to this upcoming summer, our first with a priority on inclusion, I hold on to Rose’s story. This summer, as I move into my new role as Inclusion Coordinator, and we have additional staff helping to support our inclusion campers as needed, I am filled with such excitement at the thought of more girls finding their second home at Camp Louise!

Sara Berlin is the Inclusion Coordinator and Senior Camp Division Head at Camp Louise, and has been working at Camp Louise for seven summers. During the school year, she currently works as a Consulting Teacher, where she mentors first year Special Educators. She taught a Kindergarten program for students with moderate to severe Autism for many years prior to becoming a Consulting Teacher. 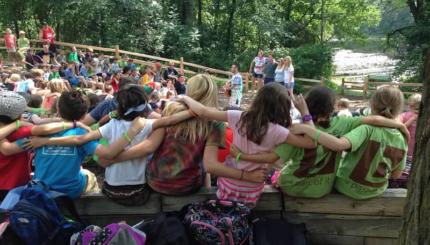 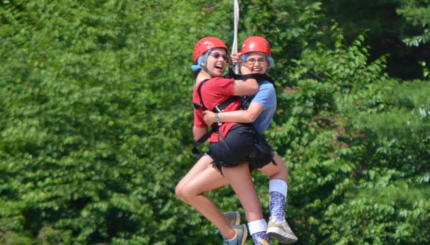