(Thanks)giving — A Thanksgiving for the Rest of the Year

I recently read an article in the New York Times about Charles F. Feeney, whom the headline calls the “James Bond of Philanthropy.” I had never heard of Mr. Feeney previously, but I was so impressed by what I read, that I took some time to learn more about him.

Mr. Feeney, a very wealthy man, had pledged to give his money away while he was still alive. He has donated more than $8 billion to various organizations, leaving him and his wife with only $2 million. While $2 million is a lot more than most people have, it is a tiny fraction of Mr. Feeney’s total accumulated wealth.

In a video I watched about Mr. Feeney, he said “there’s no shortage of people who need help. It’s a market that will always exist.” Sadly, Mr. Feeney is right.

I am struck not only by his generosity, and the intentionality around his giving, but also his anonymity. While he has donated more than $2.7 billion in support of more than 1,000 buildings on five continents, his name does not appear on any of those buildings. For many years, Mr. Feeney preferred anonymity around his charitable giving.

This immediately reminded me of Maimonides’ 8 levels of tzedakah. While the root of the word tzedakah means “justice” or “righteousness,” it is often translated as “charity.” Maimonides essentially created a ladder of charitable giving. The lowest level of philanthropy is giving donations grudgingly; the next is giving cheerfully though the amount is less than one should give; the next is giving to those in need when asked; even higher is giving those in need without being asked; the next higher level is giving when the recipient knows who the donor is, even though the donor doesn’t know who the recipient is; next is donations when the donor is aware of the recipient but the recipient is not aware of the donor; next is giving assistance without the donor or recipient knowing who the other person is; and the highest level is helping to sustain a person by such means as offering them a loan or employment.

In this hierarchy, it is very clear that giving anonymously is more highly valued. Mr. Feeney certainly did this for a long time with his philanthropy. It had multiple benefits. In some cases it meant that the naming rights of a building could go to someone else who would make a gift and cared more about his name. But, the other benefit was just that Mr. Feeney was truly selfless in his giving – that he wanted to create a better world for others, and it was not about personal gain for him.

I am impressed by Mr. Feeney. And while most of us will never have anywhere near the amount of wealth that he did, we may still be able to learn something from his philanthropic role modeling. And from Maimonides as well.

Ask Not What Your Judaism Can Do For You

This past week in synagogues throughout the world we rolled the Torah scroll forward and began reading from the Book ... 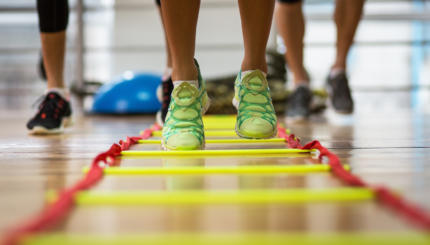 The best forms of charity make the recipient self-sufficient.