Shavuot has become the Rodney Dangerfield of Jewish holidays. It gets no respect. Maybe even worse than not getting the respect this holiday deserves, it is often completely ignored by the Jewish community.

While Shavuot is one of the three pilgrimage festivals along with Passover and Sukkot, it seems to take a back seat in importance of many Jewish people’s lives. While no American Jewish family would allow Memorial Day or Father’s Day to go by without a proper observance, Shavuot just doesn’t seem to factor in the lives of many non-Orthodox Jewish families. This year, Shavuot came late on the calendar, occurring just this past weekend after many Jewish day schools and synagogue Hebrew schools had already concluded the year. Even in leap years, such as the current Jewish calendar year, Shavuot arrives too early to get proper treatment at Jewish summer camps, which have historically taught Jewish youth to observe Tisha B’Av.

Ask most Jewish people to identify which holiday is the one with matzah and they’ll all say “Passover.” Ask them which is the one when we build temporary huts in the backyard to eat in for a week and they will correctly identify “Sukkot.” Ask them which is the holiday when we celebrate receiving the Torah and some might respond “Simchat Torah,” the second day of Shemini Atzeret when we return to the beginning of the weekly Torah readings again (in Israel, Simchat Torah is Shemini Atzeret). Even the Jewish holidays of less importance like Hanukkah and Purim receive heaps more of attention than Shavuot.

This year, I really noticed how Shavuot is falling out of observance in the non-Orthodox Jewish world. While I’ve witnessed attendance dropping off on Shavuot over the past decade, this year I actually heard from Jewish friends (and even colleagues) that Shavuot just isn’t on the radar of many Jewish people. Despite falling on a Saturday night this year when it’s difficult to come up with an excuse not to go to synagogue and stay up late learning Torah, many Jewish people avoided this annual tradition. The first day (Reform Jews in the Diaspora and Israeli Jews only observe one day of Shavuot) occurred on a Sunday when families didn’t have to work or go to school and yet I’ve heard from rabbis across the country that attendance was really low this year at Shavuot services.

Moreover, I was surprised that I had to miss playing in a softball triple-header (yes, three games) with my team this year on Shavuot. And I play in the B’nai Brith league! When I told my teammates I’d be missing all three games (a double-header plus a rain-out makeup game) because of Shavuot, I got blank stares. These are all Jewish men who would never think of missing Rosh Hashanah services or a Passover seder.

In one of the more ironic moments of my life, I learned that a charity golf outing I often play in would be taking place on the second day of Shavuot this year. The outing, a fundraiser for the Michigan Jewish Sports Foundation, is called The Hank Greenberg Memorial Golf Invitational. It is in memory of Hank Greenberg, the Hall of Fame Detroit Tigers player who famously avoided playing an important game late in the season because it fell on Rosh Hashanah. Greenberg chose to go to synagogue rather than join his teammates for the game. When I spoke to the director of this organization, he explained that they had no choice but to schedule the golf outing on Shavuot this year to accommodate the schedule of Hank Greenberg’s son, Steve. I have gotten to know Steve Greenberg over the years and he is a wonderful man and truly a visionary leader in the professional sports world. However, the irony was not lost on me. Hank Greenberg put a Jewish holiday first and now the Hank Greenberg Memorial Golf Invitational would take place on a Jewish holiday. Of course, this didn’t deter dozens of Jewish men, including former Jewish Major League baseball player Shawn Green and a new Jewish player on the Detroit Lions football team, Geoff Schwartz, from playing in the golf outing. I’m sure the majority of participants didn’t even realize it was a major Jewish holiday.

In many synagogues around the country, I know that Shavuot services on the first day of the holiday have been relegated to the chapel rather than the larger sanctuary. Even though the first day of Shavuot was on a Sunday when most people weren’t working and kids weren’t in school, at my synagogue we met in the chapel, there were no children present and the synagogue leaders were thrilled that there were over 30 people — more than the expected turnout of just 20 people. On a typical Shabbat there are closer to 100 and on Rosh Hashanah there are over 600. Thankfully, there is a Yizkor (memorial) service on the second day of Shavuot guaranteeing more people in attendance.

The bottom line is that Shavuot is a very important holiday on the Jewish calendar. It is the commemoration of our receiving the Torah from God at Sinai. We count each night from Passover until the 49th day because we want to ready ourselves for Shavuot. After all, it is the basis of our faith — the Torah, which we study and which helps guide our lives through law and lore. I’m frustrated that we don’t pay Shavuot the attention and respect it truly deserves. Next year, let us recommit ourselves to the observance of Shavuot. You’ll even get some delicious cheesecake! 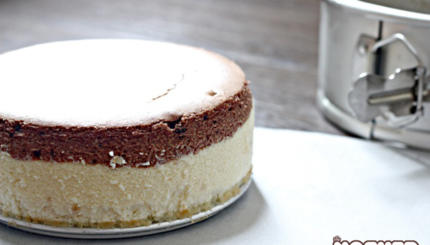 The marriage of two desserts that are quintessential New York City. 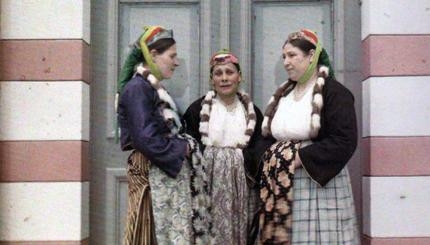