And what is a drinking party without drinking songs? As in other Jewish communities, drinking alcohol was part of the celebration of Purim, and an extensive corpus of rhymed, Ladino poems known as koplas (or komplas) developed by Sephardic Jews in the Ottoman Empire. Arranged in stanzas, often with refrains, sometimes as acrostics, and intended to be memorized and sung in groups during moments of recreation and celebration, mourning and lamentation, koplas dealt with myriad Jewish themes, including holidays, faith, history, morality, life cycle events, religious practices, folkways, hopes and fears, and politics and satire. Initially composed by rabbis, who sought to make traditional Jewish knowledge more accessible to the Jewish masses in their spoken language, and later by popular authors, koplas served as a foundation of Sephardic Jewish culture for generations.

Perhaps the most famous genre of koplas dealt with the holiday of Purim.

At the Sephardic Studies Program of the UW Stroum Center for Jewish Studies,, we are fortunate to draw on our large Sephardic collection as well as the personal recollections from first-generation Seattle Sephardim whose families came to the United States from the Ottoman Empire — today’s Turkey and Rhodes — during the early 20th century, to learn more about the songs and their role in the Purim celebrations.

Several forgotten drinking songs for Purim are preserved in two books in our Sephardic Studies collection. Notably, several copies of each of the two books have surfaced — a testament to how widespread these koplas once were.

Isaac Azose, Hazzan (Cantor) Emeritus of Congregation Ezra Bessaroth, shared with us Komplas de Purim: Saludar el Purim, printed in Istanbul in the Hebrew year 5683 (1922 or 1923). Published by Benjamin Raphael ben Yosef, one the most prolific printers of religious and secular books in Ladino and Hebrew in the Ottoman Empire during the early 20th century, Komplas de Purim, with its bright pink cover, introduces readers to its contents in an equally colorful manner:

Happy Purim, good year, sirs, may you delight with gusto,
Together with those all around, with flower buds of love.
Sing these komplas for Esther, one of the flowers.
Drink old wine of all varieties, and to God, blessed be he,
give praise, for he redeemed us from
the hands of our persecutors, through
the hand of Mordechai, one of the
men

The Sephardic Studies Digital Library also has several copies of Sefer Alegria de Purim, published in Livorno in 1902 by the well-known printing house established in the nineteenth century by Solomon Belforte (1806-1869). That such a book was published in Italy demonstrates that cultural links tied together Sephardic Jews in Italy and the Ottoman Empire during the early 20th century.

Rabbi Solomon Maimon of Congregation Sephardic Bikur Holim donated one copy of Sefer Alegria de Purim whereas another comes from the library of the late Sam Bension Maimon. An inscription in the latter book reads, “The material, poems, and prose-like compositions here were authored mostly by a certain Ribi Ya’akov Uziel and by Ribi Yom Tov Magula and others.” Uziel and Magula numbered among the most famous composers of koplas in the Ottoman Empire in the eighteenth century and their verses continued to accompany the celebration of Purim into the twentieth century.

Here are some other little ditties from Alegria de Purim (See Sam Bension Maimon, The Beauty of Sephardic Life for additional examples):

Get the neighborhood together,
Drink and get drunk,
Get up to dance,
For thus is our duty.

Refrain:
Long live the king,
Long live I,
Long live all the Jews,
Long live Esther the queen,
That she gave us so much pleasure.

Drink the wine by the gallons,
Many cookies and pastries,
That the mouths should not be still,
From eating and drinking

The Europeans make partridges,
Good snuff
To enjoy dried chickpeas,
Which is an appetizer for drinking.

This Purim as you add a little cheer to your celebration, bring in a bit of Sephardic culture too!

A version of this piece appeared on the UW Stroum Center for Jewish Studies blog. 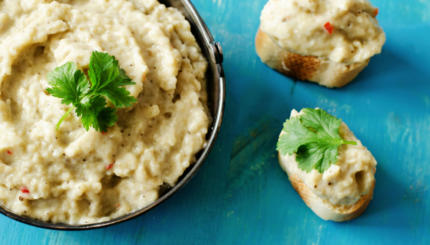 What Would Queen Esther Eat Today?

Esther, the star of the Purim story, is one of the bravest heroines for so many reasons–she not only strategized ...