“You have to watch this show.” A friend told me. “There is a woman rabbi character. It is called “Transparent” about a Jewish family whose father becomes a trans-woman.” OK, I thought, this sounds interesting. There are not too many female rabbi characters on TV. In fact, when I say the word, “rabbi.” What comes to mind?

A: A man, with a beard and glasses, probably with a few wisps of grey, right?

Apparently this is the case for the characters in “Transparent” too. Before the rabbi comes on the scene, all we know is that a rabbi is coming to the house for a pastoral visit. When the door opens, we see a young, attractive woman standing there. Shelly Pfeffermam, Judith Light’s character says, “Oh, a lady rabbi!” She then goes on to say “You are much too pretty to be a rabbi.” Followed by, of course, “Are you single? You have to meet my son Josh. He would be perfect for you.”

This scene had me falling out of my chair with laughter. How many times have I been greeted this way, or had similar encounters? I can’t even count! The writers nailed it! In that moment, I also knew why this character was written into the show.

The show, as you may know, is pushing the boundaries of sexual and gender identity. The characters are not confined by labels like “straight or gay,”” male or female.” They are exploring fluid identities which cross these borders, and challenge the viewer to go on a journey with them. On the surface, the rabbi, a “straight” “cis-woman” does not appear to be challenging any traditionally held assumptions about identity as the other characters are. And yet, with her introduction in to the story line, she has.

Here is a young, female, rabbi. Her very existence is transgressive, against the norm. She upends the “typical” view of who a rabbi is simply by being female. Furthermore, as her story line develops, and she does indeed go out with Josh, we learn that she is a sexual being like any other person, that she yearns for marriage and family which, as a “female” rabbi, she fears she will never achieve because she is out of the norm. She explains this to Josh while putting a kippah on and off her head. Kippah off her head “Sexy!” she proclaims, on her head, “Not-Sexy!” She is just as transgressive as the other characters. She blurs the lines of gender expectations, and the lines between “holy (with a kippah on)” and “profane (no kippah).”

READ: Women Rabbis: A History of the Struggle for Ordination

Most people do not see their rabbis as regular people with desires and needs. Rabbi Raquel, as her character is called, is very human. We see her as a strong confident rabbinic presence counseling the family, leading services, and teaching. Then in her interactions with Josh, she is alternately insecure, giddy with new love, and scared to trust this man. She is fully human and emotionally complex. While portrayed as a “holy” rabbi, we see her being “profane,” being like everyone else.

Most reviewers of the show focus on the more titillating aspects of how a man becomes a woman, and like to point out that the show was inspired by the creator Jill Soloways’s father who become a trans-woman late in life. They have been ignoring the transgressive aspects of writing a female rabbinic character who is fully human. There are indeed many who no longer see female rabbis as transgressive. However, as my lived experiences as a female rabbi has taught me, many people still cannot see women as religious leaders. They experience God as male, and as such, expect that their rabbi should be as well. The female rabbinic character in this show will be as challenging to them as watching Mort Pfefferman become Maura. Both characters are playing with “God given” gender roles.

READ: From Ultra-Orthodox to “Transparent” Star

Over the years, I have watched my female rabbinic peers transform themselves to be more “male” to get and succeed at jobs. Long flowing hair is cut, boxy dark suits are purchased, flashy jewelry and make-up is toned down. I wish this were not the case, yet the realities of the job market and people’s expectations still demand it. Look at what Rabbi Raquel wears on screen: calf length modest dresses and pumps. When she is serving as rabbi in some capacity, her hair is always pinned up.

I do not know where the narrative arc will take Rabbi Raquel. However, it is my hope that her very existence on this show normalizes for many the idea that women can be rabbis, and that they can be fully human in that role. Gender roles and norms need to be rethought on a number of levels. Though sometimes challenging to watch, I am glad this show has not shied away from adding rabbinic roles to the list of topics it is encouraging us to think about.

Earlier this week, another Jewish blog wrote about this story, which reports on the growing absence of men in the ... 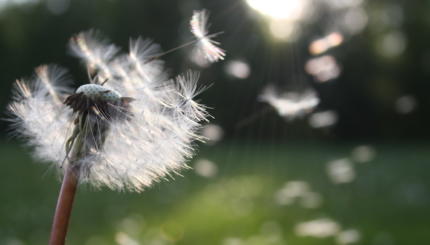 Should A Woman Be Humble?

“He has told you, O man, what is good, And what the LORD requires of you: Only to do justice ...