The summer of 1984 was my first exposure to the mega-international sporting event known as the Summer Olympic Games. At 8-years-old, it was the summer of American patriotic pride and athletic world domination for the United States. My favorite athlete that summer was Carl Lewis, but I also remember my parents pointing to the athlete in the tank top and long hair running with the Olympic torch and telling me about the great Bruce Jenner, who famously won the gold medal in the Decathlon event of the 1976 Summer Olympics eight years earlier. Of course I was already familiar with Bruce Jenner because I was an avid player of the Apple II computer game, Olympic Decathlon, in which Jenner was a character.

To say 2015 was a year of transition and transformation for Bruce Jenner would be quite the understatement. The famous Olympic athlete who became a reality TV star seemed to transition from male to female in front of us all. The legendary American male athlete Bruce Jenner will be known to my children’s generation only as the woman Caitlyn Jenner. With the popularity of such TV shows as Amazon’s “Transparent,” transgender people are becoming more accepted in our society. Jenner’s decision to begin transitioning to a woman must have been extremely difficult and, while her transformation was extreme, she still serves as a wonderful example for us all during the upcoming Days of Awe, a time of transformation.

Jenner’s lesson is that it is never too late to transition into something different. A generation ago it was commonplace for people to stay in the same profession and even the same job for a lifetime. By the time they retired they felt it was too late to start something new and different. Today’s generation is less static and more flexible. That doesn’t mean simply having the courage to transition from one profession to another. It can mean taking on a new hobby, going back to school or even launching that company that has only existed in your dreams.

My father-in-law is a prime example of someone having the courage to transform. He spent his entire adult life working as an ophthalmologist, but a few years ago he jumped head first into a very active retirement phase of his life. Rather than hanging up his lab coat and parking himself in front of the television or simply playing golf every day, he registered for a handful of art classes. Almost three years later he has transitioned into a very impressive artist. He’s busier now than he was as a physician as his weeks are overloaded with classes and significant art projects to complete.

My father-in-law’s transformation was not as drastic of a change as Jenner’s, but it was quite significant in his own life. It took tremendous courage to pivot into something different. Many retirees fail at retirement because they aren’t willing to fully transition to something new. As Karen Lamb famously said, “A year from now, you may wish you had started today.”

This Rosh Hashanah and Yom Kippur, I encourage everyone to try to take on something new. If it seems like too big a challenge, just think about the courageous decision Caitlyn Jenner and many others have made to transform from male to female. With the power of the Internet today, the sky is the limit. Online classes are available everywhere, Khan Academy can teach you new skills and YouTube videos can teach you new hobbies. If you’ve always had an entrepreneurial itch, make the new year of 5776 the year you finally scratch that itch. It’s never too late. Let the lyrics of Kelly Clarkson guide you: “Take a chance. Make a change. And breakaway.” 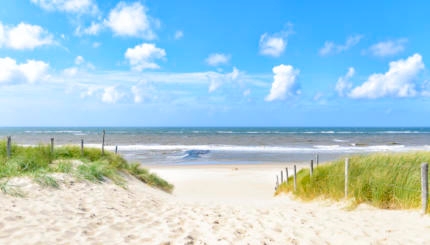 A Family Ritual for Blessing the New Year

A Sephardic Rosh Hashanah ceremony combines elements of Tashlich and a healing ritual.