Last week while I was visiting my hometown of Austin, Texas, I was moved to get a new pair of cowboy boots. Looking among the rows of boots in the western store, not in a tourist part of town, a sales woman approached to help me. She asked what I needed the boots for, and I replied, “I want a new pair of boots. I am from here, but live up North now and want to take a pair of boots back with me.” She looked at me funny. I guess this was not the answer she was expecting. She began to ask me a series of questions curious about why I would move to the Northeast and what did I do there?

I quickly realized by the tone of her questions, that I should not come out and say, “I am a rabbi.” So I stayed close to the truth and said that I worked for a nonprofit that helped clergy. After a pause she then asked, “Well, forgive my ignorance, but isn’t it all Jews and Catholics up there?” with the implication being, why would you want to help them, are you one of them?

Ah, yes, this is the Texas I remember. As much as I loved growing up in Austin, and I did, I always felt a bit “other” because I was a Jew born in New York. Just as LGBTQ people feel “other” in predominantly heterosexual communities, and many African Americans feel “other” in a white society, I felt “other” for reasons beyond my control in Texas. When you are part of a minority culture it is very easy to feel “other.”

Thus, I was shocked when speaking with a white, male, Protestant minister recently he shared with me his desire to learn from Jews how to be a minority religion and culture in America. Surprised, I asked why he was interested in this and he responded, “Because that’s what we Protestants are now.” Wow! To me he represents the mainstream, and here he was expressing how he has begun to feel “other” as a religious Protestant Christian in this country. I read the statistics about affiliation rates, and watch the trends going on in this country, and I know intellectually that he is correct, white Protestants are becoming a minority. In spite of this, emotionally it felt so off. How could this six foot tall Christian white man feel “other” in America today?

Yet, this is where we are. America is such an increasingly diverse country that almost everyone I meet feels “other” in some way. As previously minority groups gain acceptance, and sea changes like the legalization of marriage for same sex couples occur, then the previously dominate group becomes the minority. They now feel like the “other.”

While I am politically and socially liberal and applaud the recent Supreme Court decision on same sex marriage and strongly support the #blacklives matter movement among other causes, I am concerned about how demographic shifts are causing everyone to feel like the “other.” Instead of building bridges among different groups I am worried that certain communities are reacting to these societal changes by becoming more insular. Some are responding by striking out against the people they perceive to be a threat. Note the number of black churches being firebombed in the South right now.

I know from deep personal experience that being “other” is not comfortable. To be “other” means you have to be constantly on alert, wary about how much of your true self you show. When do you share who you are and when do you obfuscate?

I want to live in a world where we can all be secure in ourselves, sharing the truth of who we are and recognizing the truth of who other people are without judgment, prejudice, or fear. I don’t want anyone to suffer the feeling of being an “other.”

So how do we turn this tone of suffering from “otherness” around to a celebration of diversity? I want the white (presumably) Protestant Texan saleswoman in Austin to feel as confident about who she is as I do. I want her to be able to meet me with open curiosity, not suspicious questions. We have a lot of work to do to make everyone in this country feel like they belong. I want that sea change to happen, and I hope you do too because I think we will have to fight for it one by one in each and every interaction we have. 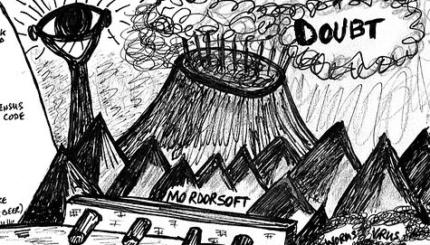 How Scared Should I Be?

I have been debating this question a lot over the past month. The Jewish Community Center where my daughter attends ...

White rabbis are talking about race. Over the last few years, sermons about race and racial issues have come to ...

The times they are a changing…..Thank God!

When I was in rabbinical school in the mid to late 1990s the Jewish Theological Seminary, the Conservative movement’s Rabbinical ...