#Blacklivesmatter Starts with the Soul

This past Thursday morning was a hard day to wake up to. It was a hard day for all who care about the sanctity of life. It was a hard day for all those invested in the dream that all people deserve to be treated with respect, compassion, love and integrity. On this Wednesday night nine lives were taken in the span of a blink of an eye. Nine individuals, created in the Divine image, were uprooted from their lives and their families and were torn from this world by a senseless act of murder and terror.

At the time of writing this blog post the Charleston Police Department is treating this horrific crime as a hate crime. The target, Emanuel AME Church, is a historic African-American house of worship. The murderer, caught on camera, is a young Caucasian man. To enter a house of worship and kill worshippers is the height of moral corruption and moral perversion. It is a hate-filled act of cowardice.

This incident brings to mind the well-known teaching of Rev. Dr. Martin Luther King, Jr.: “Injustice anywhere is a threat to justice everywhere.” I believe that this short teaching actually conveys a very deep truth. One that is conveyed by a telegram that was sent in 1963 by Rabbi Abraham Joshua Heschel to President Kennedy on the eve of a summit on civil rights. In that telegram Rabbi Heschel powerfully teaches:

We forfeit the right to worship God as long as we continue to humiliate negroes.

Why is the humiliation of another group of people linked to our ability to worship God? In other words, why is my religious life connected to the way other human beings are being treated? What does one have to do with the other?

Rabbi Irving “Yitz” Greenberg in an essay from 1998 entitled Unity without Uniformity: The Challenge of Pluralism lays out a fundamental notion of a sensitive religious life:

The Talmud teaches that being born in the image of God brings with it three fundamental, intrinsic and irrevocable dignities: infinite value, equality and uniqueness. One might say that if I encounter the other human being as he/she really is (viz. an image of God), then I am struck by their infinite value, equality and uniqueness. This evokes awe, respect, love from me. Then my treatment of the other person changes. If I experience their equality I cannot enslave them. I cannot abandon them in poverty or hunger if I experience their infinite value. Then much of religion’s task is to first identify and teach that the other human being is in the image of God. Then it must work to restructure the world to respect the image of God.

Hence, we forfeit the right to worship God when others are being humiliated and persecuted because we are deeply connected to those “others.” In fact, we are all members of Emanuel A.M.E Church in Charleston. We are all part of one human family created by God and invested with infinite value, equality and uniqueness. When one person is senselessly shot down and killed, regardless of their race, religion or nationality we have all lost a member of our family.

This week we stand with the community of Emanuel A.M.E. Church in Charleston, South Carolina as they begin the long process of mourning and grieving for their horrific loss. We stand with them not as distant bystanders, slowing our cars down to look at the tragedy from the safety of our own bubbles, but as members of their family. We commit ourselves to stand with all people dedicated to raising up the banner of justice, equality, freedom and dignity for all against those who would tear it down, shoot it down and murder the people who stand for those values. We stand together not only as friends, which we are, and not only as allies, which we also are, but as members of a family all invested with the same touch of the Divine.

When a revered value becomes all-important, it can become like an idol. 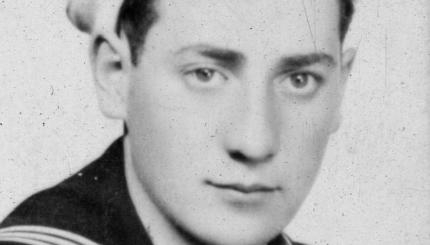 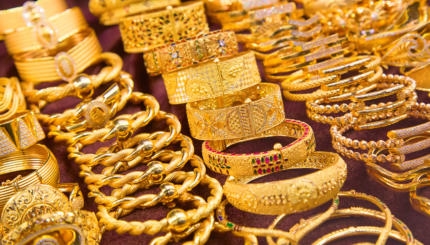 What objects and ideas do we treat as idols?