Reb Zalman’s Gift to Us All

In April, I represented ALEPH: Alliance for Jewish Renewal among #tenrabbis joining CLAL co-president Irwin Kula at the TriBeCa Disruptive Innovation Awards.  In the Green Room backstage with me were titans of industry, technology, education, advocacy, media and the arts who’d made fundamental change in the world – the likes of Bill Magee (co-founder, Operation Smile); Georgette Mulheir (CEO, Lumos), Reshma Saujani (founder, Girls Who Code); Shane Smith (CEO, Vice Media); and Darren Walker (president, Ford Foundation).  Why would such an illustrious group want to hang out with a bunch of rabbis?

An answer emerged after my colleagues and I went onstage to convene the ceremony, symbolic hammer in hand to smash a glass.  For centuries, rabbis and Jews have stood atop the fulcrum of continuity and change, uplifting life’s inherent brokenness.  To symbolize this commitment, we went onstage and broke a glass, and the event’s 900 attendees – on cue as if attending a wedding – shouted “Mazal tov!”

We laughed, but this was serious business.  Rabbis convened an A-list event celebrating transformational innovation, but no other religious or spiritual figures were present among the awardees or attendees.  Like the glass we smashed, something seemed broken.

Our Spiritual DNA as Change Agents

Hewn from tradition and dogma, spiritual leaders often forget that our mission includes change, innovation and sometimes disruption.  Millennia of Jewish history testify that social and spiritual progress depends not on staying the same but by wisely adapting, absorbing and transforming.  Only in the last 200 years – since the Chatam Sofer’s infamous claim that anything new in Jewish life is forbidden – did Judaism’s evolutionary impulse yield to a gospel of preservation, looking mainly backwards to see the future.

Spiritual life beckons us to do, feel, think and be different.  Yet, Christensen told a packed TriBeCa theater, it is religion that today most needs disruptive innovation.  He sees religion becoming stuck in its own models and methods – at risk of losing its market, medium and message.  His words hurt because they struck nerves of familiarity and longing – and irony because so much that Jews hold dear were disruptive innovations in their day:

We inherit a 2,000-year legacy of disruptive innovation – not change for its own sake, haphazard or unfaithful, but careful and principled when (in Reb Zalman’s computer-ese) Jewish “system files” need upgrades to keep the spiritual motherboard running strong.  The path of innovation is built into Jewish life.  Reb Zalman and Christensen both taught that disruptive innovators can’t rest on their laurels: shift happens.  Only God is eternal.  Time, people and markets change, and disruptive innovators will be disruptively innovated.

We all descend from innovators.  Innovation, particularly disruptive innovation, is encoded in our spiritual DNA.  It is the way of all human life, and the way of all spiritual life.  It must be the way of Jewish life again.  When the glass breaks, as it always will, we must pick up the pieces without fear.  Better yet: we must be unafraid – at the right times and in the right ways – to break the glass ourselves, and joyfully shout out a hearty “mazal tov.”

Reb Zalman Was A Gracious Man

We are only a few days shy of Reb Zalman Schachter-Shalomi’s first yahrtzeit, and I miss him. To honor him ... 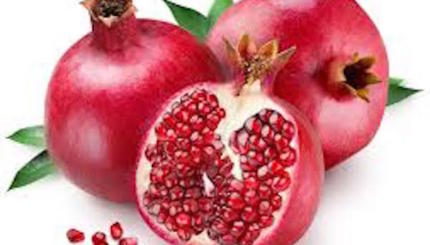 How to Be a “Player” in Jewish Life

Jewish life is turned around – so suggests this week’s Torah portion (Terumah) about the first Mishkan (ritual focus of ...