Do You Accept Science, Or Judaism? Yes.

A few days ago, a friend  of mine sent me a note saying, “I would be interested to read your take on vaccinating children being (or not being) a Jewish issue.” My response was one word: “Vaccinate!!”

I sent her to the excellent pieces by Rabbi Jason Miller and Jamie Rubin explaining why vaccinating children is a Jewish value, yet I was trying to get into the mindset of why people might not vaccinate their children. To be honest, I still can’t do it entirely, but I now think it comes down to beliefs.

Now, some of these beliefs are erroneous, like that vaccinations lead to autism, or that immunity can be developed “naturally” without vaccinations. Other beliefs, though, are more subtle.

Rand Paul and Chris Christie have recently said that they believe that parents should have some level of choice over whether they should vaccinate their children. That belief isn’t so much about the science as it is a belief about the role of government. And as the father of a 16-month-old who now cries when she sees her doctor, I can understand the belief that parents don’t want their kids to feel pain when they get poked at a lot. (By the way, having her be uncomfortable for a few seconds is a price I am certainly willing to pay to keep her and her friends healthy and safe!)

But here’s the thing—beliefs guide our actions. And while we can privately believe whatever we’d like, when those beliefs manifest themselves in our choices, there are consequences. And what we can’t choose is what happens as a result of our decisions.

Adam Frank, an astrophysicist and founder of NPR’s blog 13.7: Cosmos and Culture, makes it very clear that in many ways, nature doesn’t care what we believe:

The world, in other words, has its own ways. Denial can’t change that. But what the Disneyland outbreak makes clear is that science denial has consequences. That is the real news here. The anti-vax and climate “skeptic” strains of science denial have been with us for more than a decade. Until now, however, it’s all seemed a bit theoretical, like just another forum for Internet hate-festing (which we shall all see soon in the comment sections of this post). But now along comes an outbreak of a once-beaten disease and—surprise—we suddenly see that science denial has actual real-world consequences, because it’s about the actual real world (the one we humans invented science to describe).

People often say that “everyone has a right to their beliefs.” But one of the wonderful things about Judaism is that in general, it doesn’t really care what we believe per se. Instead, what Judaism cares about is how those beliefs play themselves out in our lives, in our relationships, and in our world.

So yes, while everyone has a right to their beliefs, Judaism’s emphasis is not on our rights but on our responsibilities, and especially our obligation to care for ourselves and for others. Otherwise, we’d live in the world described by the recent piece in The Onion, “I Don’t Vaccinate My Child Because It’s My Right to Decide What Eliminated Diseases Come Roaring Back.”

Neil de Grasse Tyson once said that what’s good about science is that “It’s true whether or not you believe in it.” But there is an addendum to that statement: our beliefs influence our actions, and our actions create consequences—not just for ourselves, but for others.

After all, science doesn’t care what we believe…until those beliefs lead to measles outbreaks and rising sea levels.

Knock, Knock — Your Evidence is Here

The Big Bang has always evoked a sense of mystery, awe and curiosity among scientists and laypeople alike. But while the ...

Science and Rosh Hashanah Do Mix

What did you do this Rosh Hashanah? I spent my holiday in synagogue applying the scientific method, snacking on honey-flavored ... 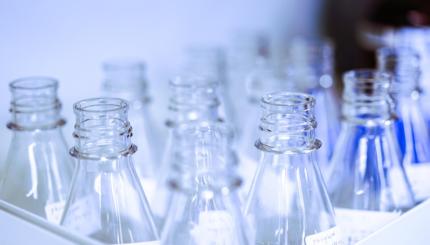