This too is holy. The baseball stadium, that is. I know it is not only potentially cliché, but also possibly idolatrous to speak with such spiritual exaggeration. It is true that our society tends towards the fanatical when it comes to our affection for sports. Too many live and die with the touchdown, the missed goal, the great catch or the blown call.

But if spirituality is about the whole transcending the parts; or about disparate, random entities being mystically sewn together into one communal thread; or meaning being deepened by a shared, intimate experience, then the arena of sports can indeed be holy too.

My love for the NY Mets is intertwined with my late mother’s affinity for the Dodgers of Brooklyn. My depth of affection for a perennial loser is unwavering because I inherited the connection from my giver of life. This too, is holy.

From my first summer as a rabbi until two years ago, I spent an annual hot and blessed August afternoon with my spiritual brother and mentor, Rabbi Alan Kay at Shea Stadium and Citi Field. We were there to watch baseball, but intertwined with the webbing of the innings were deep and philosophical conversations about the sermons we were in the midst of preparing for the oncoming Holy Day Season. Between cheers, jeers and peanuts, we mined souls and ancient scripture to answer our calling and those of our respective communities. Our annual spiritual study in Queens was snuffed out too early because Alan succumbed to the scourge of cancer. I miss him and look for him. I see and hear him as the boys of summer play their game. This too, is holy.

And, when my son and I laugh and cry and scream at the arena and at the stadium, we connect and draw closer. It is the sport, but more, it is an entrée for new layers of relationship. Indeed, we create memories which punctuate his childhood and connect the dots of my otherwise frenetic adult existence. This too, is holy.

So, when Stuart Scott, the famous ESPN sports broadcaster, succumbed this week, like my dearest friend and rabbi, Alan did, from the scourge of cancer, at the unbearably young age of forty-nine, I cried. I didn’t know him. I wasn’t close to him or his story. But I cried. I cried because he used his sacred sports platform to teach us about courage; about honor; about humility; about grit; about determination; about family; about acceptance; about the precious nature of the living in this sacred universe, even when we feel robbed of a life that should have been longer.

And then I realized that it wasn’t just me. Stuart Scott’s death reached across the spectrum. The President spoke out in grief. So did Lebron James. And Kobe Bryant. And Michael Jordan. His life touched those whose lives are larger than life. The hardened became soft and vulnerable.

And he was “just” a broadcaster. All of us are “just” what we do each day. But, more, he was a human being. He told the truth. He lived the truth. He fought the truth. He did it through sports, but in his case, sport was sacred. Not because sport by itself is ultimately vital to our quality as human beings. But the manner in which we live in any aspect of our lives is what counts the most. He did it the right way. He embraced every day. He touched so many.

Mr. Scott’s favorite expression which has become part of our colloquial lexicon was “Booyah”. He would yell “Booyah” to joyfully and exuberantly broadcast a superlative homerun, touchdown, defensive stop or goal. But I realize now that he is gone, that he wasn’t merely describing the play; he was embracing the sacred nature of life.

This too, is holy. We should embrace the sacred wherever we come across it. 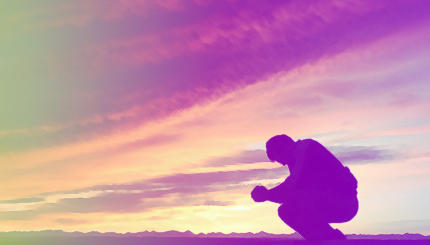