Finding Balance Between Mourning and Living

In the Talmud, the following story is told: One day Moses descended from heaven and sat down in the eighth row behind Rabbi Akiva’s disciples and listened to the discussions on the Torah. Moses knew the letters and the words but did not understand any of the arguments and or follow what they were saying. Eventually, the disciples asked Rabbi Akiva, “Master, where did you learn this?” and Rabbi Akiva replied, “It is that which was given to Moses on Mt. Sinai.”

In a sense, that’s how I felt as a member of the faculty at URJ 6 Points Sci-Tech Academy, which just wrapped a very successful inaugural summer. No, I’m not comparing myself to Moses. I’m saying that like Moses, I knew all of the letters and words but still couldn’t always follow what the kids at Sci-Tech were saying.

Despite having graduated with an electrical diploma from Brooklyn Technical High School, and despite being certified to teach 5th – 9th grade math, Sci-Tech campers’ breadth and knowledge of robotics, video game design, environmental science, and digital media production was astounding. Some things I learned during my time with them included the definition of MMO, M7, SSD, a dangle, and VCI; many of our conversations focused on calculus, derivatives, and linear functions. You know, just ordinary camp conversation!

Amidst the dense but commonplace dialogue, campers were also constantly reminded of the camp’s unique equation: Science + Judaism= fun. The campers, who hailed from 22 states and Canada, were constantly reminded of the four goals of camp:sakranut (curiosity), kesher (connection), taglit (discovery), and kavod (respect), in everything they did. Those goals permeated the entire camp experience, from the morning’s Boker Big Bang (where something was usually set on fire or soaring in the air),to each meal, where campers joyfully sang prayers; at the ever-popular gaga pit, and during menucha (rest time) and breirah (free time).

At Sci-Tech, loners are never lonely, which may be one of the most fascinating and powerful things I witnessed—even beyond the highly detailed explanation I received from Israeli Tech staff on how the Iron Dome defense system works. Sci-Tech campers were always working in partnership or in small groups with other like-minded campers, or with counselors, who acted more like mentors and spoke the same language as the campers. Campers learned to respect others’ opinions and ideas while learning how to compromise. It wasn’t uncommon to hear a camper comment, “I thought I knew so much when I came here, but many of the other campers know so much more.”

For children with an affinity for science and technology, nothing is more ideal than being a quick bus ride away from the MIT corridor. Forget trips to the Boston arcade or the bowling alley. Sci- Tech campers had the opportunity to take field trips to Hermonix, a video game design company in Cambridge; iRobot, a robot factory founded by MIT roboticists; Deer Island Wastewater Treatment Plant; the WIND Technology testing center; and the MIT Museum.

And what of the culinary spread? Because camp is located on the grounds of The Governor’s Academy, the oldest independent boarding school in the United States, Sci-Tech has access to a state-of-the-art dining hall. One visitor likened it to eating three meals a day in a gourmet restaurant.
Luisa, the camp nurse, had nothing but praise for the facilities and the experience. She told me, “It’s the type of place where, if you didn’t need the money, you would work for free. It’s the kind of place kids with passion will always be welcomed with open arms.” And it’s the type of place where nearly every camper said they were going to urge their parents to let them return next summer. 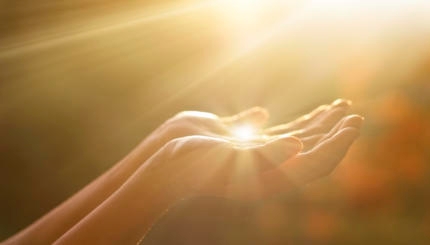 Different aspects of this popular and fascinating liturgy.