In the great story of humanity there has always been the forces that compel us to assimilate amongst each other and those that urge us to maintain our differences. When we collapse the contours that are the map of the human family into one straight path our journey becomes simple and uncomplicated. Yet, what do we give up when we venture down the path of assimilation? 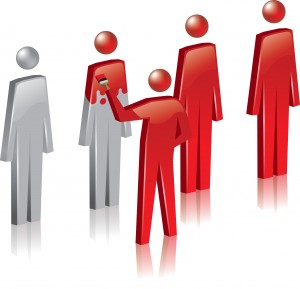 When we turn our attention to the Jewish community we find these polarizing forces very much at work. This dilemma has presented itself at numerous junctures in history. Whenever the larger environment was hospitable to Jews, the tension between blending in and maintaining community surfaced.

I would argue that the answer to this question lies between the extremes. In the 19th century European Jewry gave rise to multiple approaches to emancipation. One approach asserted that with a more tolerant society the time has come to withdraw to the most particularistic parts of our selves.

Alternatively, in the first platform of the Reform movement composed in 1885, it was declared: “We recognize in the Mosaic legislation a system of training the Jewish people… and today we accept as binding only its moral laws… but reject all such as are not adapted to the views and habits of modern civilization.” Similarly, the early members of Reform hopefully declared that their era was “the modern era of universal culture of heart and intellect.”

On one hand, we  encounter the forces that would have us all live in complete isolation from the world and on the other hand a movement whose foundation is an embrace of assimilation. Like in so many instances the solution rests in grappling with the liminal space in between the parts. 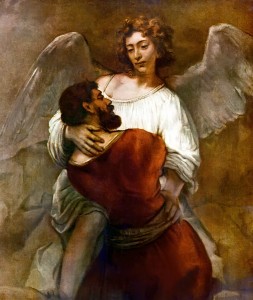 The answer cannot be assimilation. The four millennia-long journey of the Jewish people has produced ideas worth perpetuating along with a people that can carry forward those ideas. Jews are not a people of monuments but rather a people of ideas. Our greatest contribution to the progressive development of humanity does not exist in architecture but in the shaping of the moral intellect. The very beginning of our people finds itself in a call to “go forth.” The map of Jewish experience is shaped by experiences of exile and return, of reaching the promised land only to find ourselves shortly thereafter sitting by the waters of Babylon.

The birthright of the Jewish people is the very ability to live with ideas, to grapple with ideas, to test and retest the contours of moral reasoning. It is the challenge to “go forth” and to discover a touch of the Divine in the spaces we live in and the bodies we exist within.

Yet, this need to perpetuate and grow the legacy must be counter-balanced with engagement. No community exists absent other communities. What are we afraid of? Are we afraid that a tradition that survived the tumult of nearly four thousand years will wither in the face of dialogue? Do we lack that much self-confidence in the vitality of this great experiment initiated by Abraham, continued by Moses and then the Sages and thinkers of every era? A Judaism that exists only for itself fails to exist to its full potential.

When one looks at the results of the 2013 Pew Forum study on the American Jewish community one finds, broadly speaking, two growing and competing trends in the American Jewish landscape. There is an ever-increasing rate of disaffiliation. The “universal culture of heart and intellect” that the early Reformers described has no apparent need for a particularistic identity. 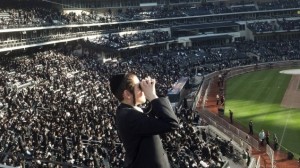 The other trend is a growing rate of Ultra-Orthodoxy. This is the Orthodoxy that argues the answer to modernity is to retreat. In 2012 CitiField was filled with 50,000 members of the haredi community pledging their resistance to the Internet.

These are disturbing trends. What will be left of those who occupy the space in between the parts? What will be left of those who exist firmly planted in the ideas and traditions of Judaism while extending a hand to the world beyond our borders? I am neither a sociologist nor a prophet so the answer to that question will be revealed only by time. What I can do is declare that retreat is not the solution. That liminal space is the birthright of the next generation and all future generations of the Jewish people.