According to education theorist Rudine Simms Bishop, fiction should serve as both a mirror and a window. That is, books should both reflect the realities of their readers’ lived experiences and allow readers to see inside the thoughts and feelings of others. In this spirit, here are some of my favorite contemporary young adult (YA) books—that is, books for teen readers—that feature LGBTQ and Jewish themes.

How They Met, and Other Stories

(Knopf, 2008), 17-year-old Jon’s parents are hesitant about letting him invite the super-hot Graham to his brother Jeremy’s upcoming Bar Mitzvah. But Jeremy insists that everyone should be able to bring the date of their choice. Like all of David Levithan’s writing, this story is sweet, romantic, and a lot of fun.

In Believe by Sarah Aronson (Carolrhoda Lab/Lerner, 2013), teenage Janine, an aspiring fashion designer, survived a Jerusalem suicide bombing that killed both her parents. When a preacher from her past appears in her small Pennsylvania town, Janine and her lesbian aunt, a former officer in the Israeli army, are forced to redefine who they are and who they want to be.

by Kimberly G. Giarratano, coming in June 2014 from Red Adept, is the story of a girl and a ghost set against the backdrop of the 1996 music scene. While Lainey’s helping her ghostly crush Danny discover the identity of his murderer, she’s also coming to terms with her Jewish roots and her best friend’s unexpected love interest.

Starglass by Phoebe North (Simon & Schuster, 2013) takes place in a secular Jewish dystopia in outer space. (Yes, really.) Growing up on the spacecraft Asherah, Terra has never known anything other than the rigid rules of her society . . . until she stumbles on something that changes everything. Characters juggle love (gay and straight), friendship, and emerging adult responsibilities in a futuristic world where well-known Hebrew words and expressions have subtly shifted meanings. A sequel,

, will be released in July.

Numerous other YA books feature Jewish themes and minor characters who identify as LGBTQ, including Forgive Me Leonard Peacock by Matthew Quick (Little, Brown, 2013), Intentions by Deborah Heiligman (Knopf, 2012), and the older If You Come Softly by Jacqueline Woodson (Putnam, 1998).

If you’re a Jewish LGBTQ teenager, you can see your own priorities, challenges, and triumphs mirrored in these terrific YA books. If you’re not, they provide a window for learning about diverse identities and experiences.

At Keshet we know how important it is to provide diverse resources for families. Last year we worked with author Elisabeth ... 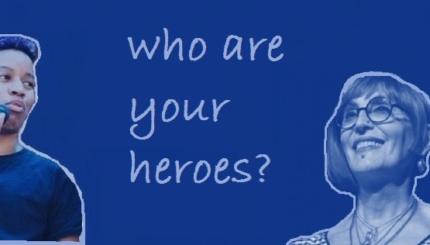 One day at synagogue, my friend excitedly came up to me, and asked me to come to the Keshet/Hazon LGBTQ ...