Last August, when my son, Jonah, returned from sleepaway camp with a sunburn, an array of nasty-looking mosquito bites, and a desire to water ski again (though this time for longer than a nanosecond), he also had a deepening connection to ritual. At camp, he’d taken to the morning flag-raising ceremonies, the campfire singalongs, as well as the Friday evening Shabbat dinners. I’m guessing that’s what inspired him to insist, this fall, on fasting on Yom Kippur; it was a carryover from his summer of Jewish education. His effort not to eat was, for a 14-year-old with an enormous appetite, remarkable: he made it until lunch.

But then Jonah, who was diagnosed with autism a little more than a decade ago, has always had an affinity for ritual. In fact, one of the early signs of his autism, for me at least, was his habit of lining up his toys single-file from one end of his bedroom to the other. He would have done this for hours if we let him. He could always tell, too, when I switched one toy’s place with another in the line. And, under no circumstances would he tolerate the chaos of double-file or a semi-circle. Eventually, it became clear that Jonah was a lot less interested in engaging in imaginative play with his tiny trucks and alphabet blocks and stuffed animals than he was in giving them an orderly world in which to exist. Which is, come to think of it, the whole point of ritual.

A point, I confess, I’m missing these days. After all, this was the year I deliberately passed on the apple slices dipped in honey on offer at my mother-in-law’s Rosh Hashanah celebration. It was also the first year, since my Bar Mitzvah, that I did not fast on Yom Kippur. My reasons were simple and admittedly childish: I was angry with God. The reason for that was simple, too. My beloved sister died this past August after contracting a mysterious illness and suffering for an excruciating six weeks in the hospital (Jonah came home from camp the day of her funeral) and I was determined to blame God. Childish, like I said, but once my initial anger subsided I had no need to see the world as an orderly place. I’d experienced this kind of thing before, decades earlier, when my mother and father died within two years of each other. When my sister died, I discovered the instinct to be vindictive was – like riding a bicycle – impossible to forget.

But now, it’s Hanukkah and Jonah is all in for the holiday, for the gifts, the candle-lighting, the dreidel spinning and the latkes; and I am doing my best to play along. Still, Hanukkah may be a good way for me to get back on the ritual bandwagon. As Jewish holidays go, it’s innocuous and undemanding. The emphasis is mainly on fun; the mood mainly lighthearted. No great physical, emotional or intellectual demands are going to be made on me. I also can’t help remembering that my late sister loved Hanukkah. She made mouth-watering latkes and, along with my other sister, devoted herself to finding and meticulously wrapping eight special presents for Jonah. It was just one of the many small ways she demonstrated her love for her nephew and also her acceptance of him, which was, from the moment he was born as well as the moment we learned he had autism, absolute and unconditional. So, for the sake of my son and my sister, I’ll put my holiday boycott on hold. The truth is I’ll be doing it for my own sake, too. And while I recognize it’s a lot to ask of any ritual to make the world seem less random, less cruel, it’s probably not the worst place to start. 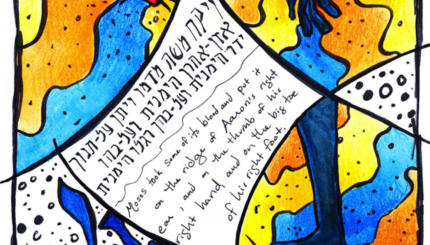 Because asking for forgiveness is a holy act. 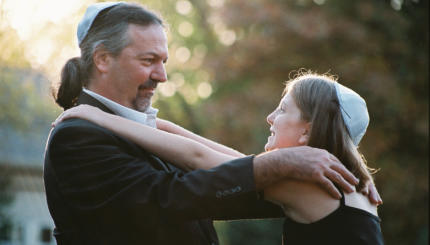