Is there anything more enticing than a perfectly fried, crispy potato latke? Served with apple sauce, sour cream or my own favorite combo: creme fraiche and smoked salmon. Look at these crispy, golden gems. Makes me drool a little just thinking about breaking out the oil. 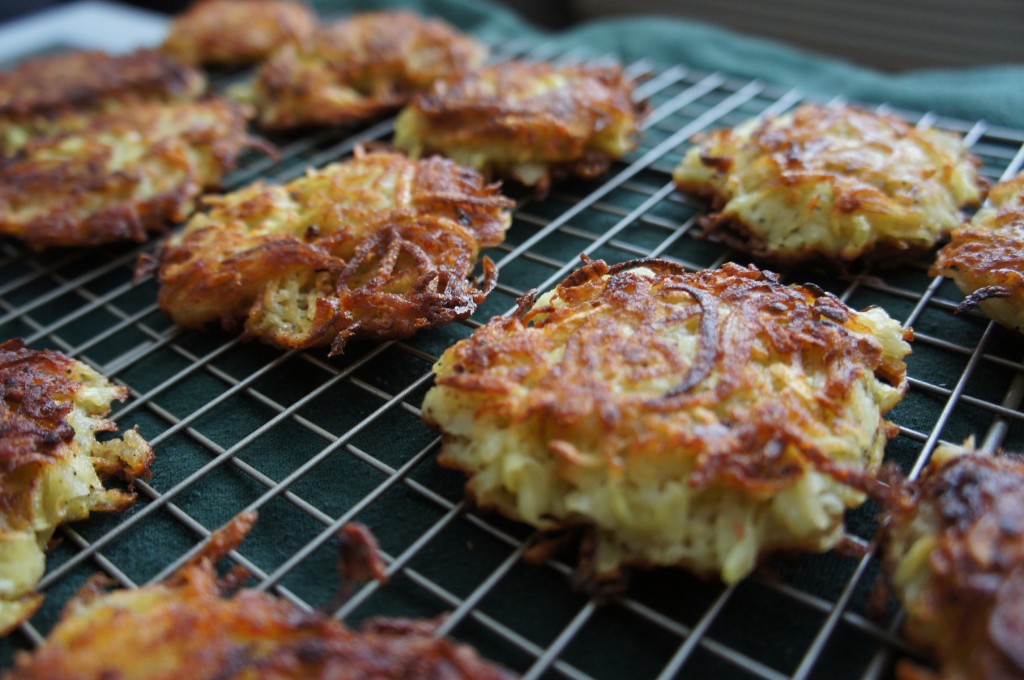 But there is so much more than the basic latke, as delicious as it may be. So if you have been hankering for something different to serve for your Hanukkah (or even Thanksgivukkah) celebration next month, I’ve got you covered.

I have been scouring the Internet and other blogs for the most creative, crazy latke combos that exist. And here they are in all their awesome glory. You’re welcome. 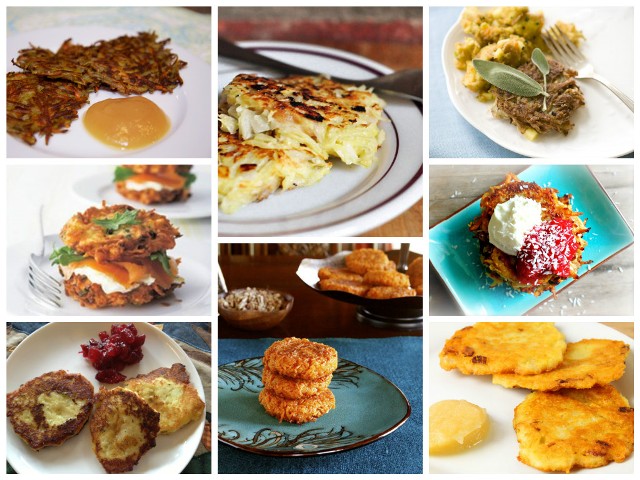 Apple and Cheese Stuffed Latkes from The Kitchn 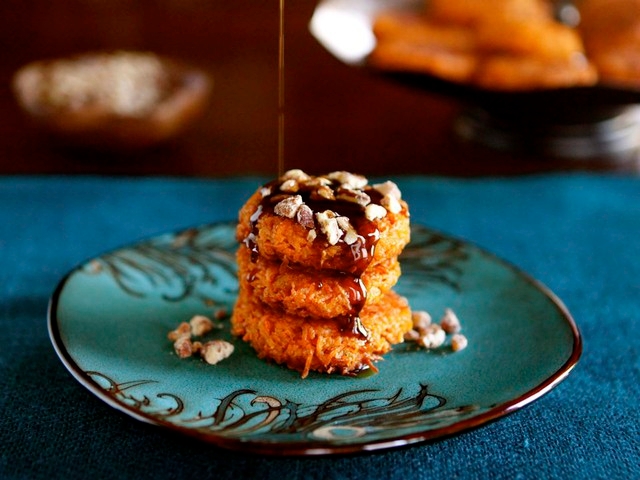