A number of recent essays have been swimming their way across the blogosphere and seem to have serendipitously swirled together. The Conservative movement, even at its largest and healthiest, has always been, like the Jewish people itself, overly worried about its imminent destruction, so when a young woman asks why men raised in an egalitarian setting, who like her, care about halakha, leave for Orthodoxy, when she cannot do so, when the Pew report seems to indicate shrinkage in the stable Jewish middle, when the once-dean of a Conservative rabbinical seminary writes the movement’s obituary, and when the smirky response to the woman asking how her friends could abandon her is responded to with the claim that it’s her own fault for daring to be equal, cause ya know, men can’t stand to have anyone be equal to them, it makes them expendable, one might expect a flurry of worry from the most worried of all Jewish movements. And there were.

Of course, there were also some very interesting discussions spawned from these articles ( by which, yes, I do mean to imply that I found most—except for the first of these—exercises silly). The one that I found myself most interested in was a discussion of  when we lost the idea of obligation, and how important it is to get it back. Not simply for the idea of halakha—but also in terms of obligations to one another, and to our communities, and to God—rather than the pursuit of happiness, that goal that seems to take up so much of Americans’ time, and yet be so fleeting.

The Conservative movement is my home because these are all things that I cannot do without, and I’m ready to  find that core of people—whom I know are there, because I’ve met them and davenned with them, and eaten with them—so that the Conservative movement knows they’re there, too.And I invite you too. If you’re interested, leave a message for me and let’s start talking. 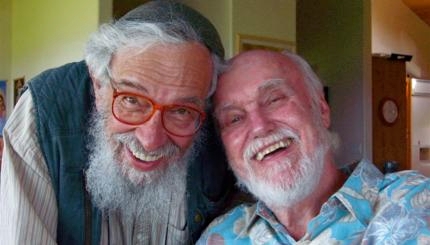