Do You Believe in Ghosts?

The price of real estate is rising… in heaven

My colleagues Joshua Ratner and Alana Suskin have offered their perspectives on kids trick or treating, and generally engaging (or not) in this week’s Halloween rituals.  Notwithstanding all that they have already said about the opportunities to bring Jewish values to bear on everything from respect for the dead to the choice of candy purchased, I’ve often used this time of year as an opportunity to share some interesting and lesser known dimensions of Jewish thought and folklore.  When it comes to questions of ghosts, spirits, and questions of the afterlife, I am fascinated not only by the content of the ideas found in our tradition, but in the human questions and needs that drive them.

There is a vast menu of beliefs and ideas to choose from when it comes to questions of the afterlife in Jewish teachings. One of the best surveys of the entirety of our tradition over the centuries can be found in Rabbi Simcha Paull Raphael‘s book ‘Jewish Views of the Afterlife‘.

If we begin with Biblical sources, the fact that is often most novel to those I have studied with is not the fact that consulting with mediums and those who can speak with ghosts and spirits is banned in biblical law, but that the tradition clearly accepts the existence of such spirits and the possibility of communicating with them. Much of Jewish law is concerned with not mixing categories or crossing boundaries set between two things, and so it is no surprise that the crossing of the ultimate boundary between life and death would be taboo.  And yet, in I Samuel, 28, when King Saul is desperate for guidance from his deceased advisor, the prophet Samuel, he breaks the very law that he himself has enforced in his kingdom, to communicate with the dead. He finds ‘the witch of Endor’ to assist him:

28:7 Then said Saul to his servants: ‘Seek me a woman that divines by a ghost, that I may go to her, and inquire of her.’ And his servants said to him: ‘Behold, there is a woman that divines by a ghost at En-dor.’ 8 And Saul disguised himself, and put on other clothing, and went, he and two men with him, and they came to the woman by night; and he said: ‘Divine for me, I pray of you, by a ghost, and bring me up whomsoever I shall name to you.’ 9 And the woman said to him: ‘Behold, you know what Saul has done, how he has cut off those that divine by a ghost or a familiar spirit out of the land; why then do you lay a snare for my life, to cause me to die?’ 10 And Saul swore to her by the Eternal, saying: ‘As the Eternal lives, there shall no punishment happen to you for this thing.’ 11 Then said the woman: ‘Whom shall I bring up for you?’ And he said: ‘Bring me up Samuel.’12 And when the woman saw Samuel, she cried with a loud voice; and the woman spoke to Saul, saying: ‘Why have you deceived me? for you are Saul.’ 13 And the king said to her: ‘Be not afraid; for what do you see?’ …

While rabbinic literature develops ideas about where we go after we die, the purification of the soul in Gehenna, and the existence of a ‘world to come’ (a term which is used to mean multiple things), it is in Kabbalistic literature (the Zohar) and later Hasidic sources that are infused with the teachings of Jewish mysticism that we find the richest well of writing on ghosts and spirits, and the ability for such entities to make themselves known in our world. Clearly, these ideas drew on beliefs and folklore from other cultures and traditions in the places where Jews lived, but they take on their own, particular Jewish flavor. Kabbalah speaks of the three (and later five) levels of the soul and, while the highest level is reunited with the Source of all Being, the lowest level was believed to still be present, and wandering in our material world, at least until the physical body from whence it came has decomposed in the ground.

A ‘good’ spirit was an ‘ibbur’ and could inhabit the body of another living person for some period of time as an ‘additional soul’. Its purpose was often to help in a matter of this world and, when the help had been received, it would leave and continue on its journey.

A malevolent spirit was a ‘dybbuk’, understood to be the lower soul of someone who had done something so unspeakable that this level of soul could not even enter Gehenna for purification, but was condemned to wander out of body. When it came across a living person who also had committed a particularly serious sin, or was vulnerable because of being in some transitional state (about to get married, pregnant, for example), it had the possibility of entering a human body to possess it, and the end of such a story was seldom good.  A classic play, that was also made into an early silent movie, featured such a story of ‘The Dybbuk’. Stories such as these had power in communities prior to the time that conditions that today we would recognize as epilepsy, schizophrenia, or bi-polar disorder, were understood.

This weekend I’m coming to the end of a short course I’ve been teaching at my congregation on Jewish views of the Afterlife. While the historical review of beliefs, folk tales, and rituals, has been educational, the most powerful part of our time together has been the sharing of experiences when we have felt the presence of a loved one who has died. Many have had experiences at the time of someone’s death, or in the months following, myself included. While there are many possible explanations for these experiences, including psychological explanations, the emotional power behind them provides a great deal of comfort and, for many, the hope that there is a reality to a ‘world to come’ where the spirit or soul continues, and where we will be reunited with loved ones.

So… whatever you do or don’t do with your children at Halloween, the pervasive presence of images and stories of ghosts and spirits at this time of year provides a wonderful opportunity to dip into Jewish sources on these topics, reflect and share together and ask yourself, ‘what do I believe, and why do I believe it?’

When the Medium Came for Rosh Hashanah

I’ve never actively sought out or consulted with a medium, or anyone who made claims to be able to communicate ... 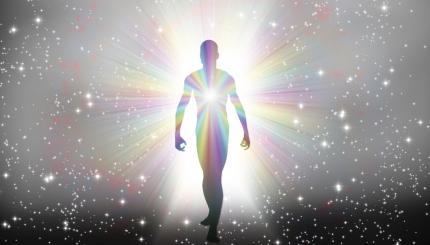 As Passover approaches, most of the questions I have received lately have been about matzoh and seders; slavery and freedom. ...