Have We Forgotten Yitzhak Rabin Already?

The yahrzeit for slain Israeli Prime Minister Yitzhak Rabin, passed with scant notice here a few days ago on the 12th of
Heshvan
. November 4 will mark the date on the secular calendar, now eighteen years later. Perhaps by then we will have returned Rabin’s memory to its proper place in our discourse and our prayers.

In the days after the assassination, the Whitman poem “O Captain, My Captain!”, set to music in Hebrew, became the theme for those who mourned Rabin’s death at the hands of an extremist Jew. The poem had originally been written to mourn the assassination of Abraham Lincoln. The shock of that moment, just when Israel seemed to be on the brink of peace with the Palestinians, signaled another painful block in the road.

In 1999 the Prime Minister Ehud Barak remembered Rabin at a memorial in Oslo:  I still mourn the death of Yitzhak, my commander and mentor. And I tell you, Yitzhak, that you are fallen dead, but your spirit and will are stronger than ever. So today, I pledge to you, Yitzhak, to all our neighbors, and to the whole world—to travel the course you charted and to finish the journey you’ve led towards security and peace.  Only then, when we reach this destination, will we proclaim, in the words of Walt Whitman, “O Captain! My Captain! Our fearful trip is done; The ship has weather’d every rack, the prize we sought is won;  O Captain! My Captain! Rise up and hear the bells; Rise up—for you the flag is flung—for you the bugle trills.” And here today I bring to all of you the prayer that we will see in the not too distant future the fulfillment of the vision of Psalms about Jerusalem: “May peace be within your walls, tranquility within your palaces.” This is our hope. This is our responsibility.

Peace would be costly, including withdrawal from most of the territory occupied in the 1967 Six Day War, a painful retrenchment. It would mean facing the issue of Jerusalem, with swaths of Arab East Jerusalem being open to negotiation.

Rabin brought much of Israel together under the banner of peace. The first Intifada had led many  Israelis to understand that the occupation of the West Bank and Gaza carried unsustainable costs. Compromises were necessary. But in the ensuing years, and the second Intifada, many Israelis grew to despair that the Palestinians could be trusted to make peace.

So many attempts, so many failures.  Another round of talks have brought out the optimists, the pragmatists, the pessimists and the naysayers yet again. I reside in the realm of pragmatic optimisim.  It
must
be the case that peace is possible.

Now, 18 years after Rabin’s murder, where are we?  Are we any closer to peace? Does the legacy of Rabin’s courage and leadership linger and inspire as he did before his violent end?

On the night of Rabin’s assassination, he was carrying the words to the song “Shir Lashalom | A Song for Peace” in his jacket pocket – it was the theme of the huge peace rally in Tel Aviv that night.   After the shooting, the bloody paper illustrated the wound to the prayer, and peace itself.

In memory of our Captain, Yitzhak Rabin, may his memory be for a blessing, I pray for a renewal of faith in the possibility for peace. Let us sing Shir Lashalom as our prayer once again. Rabin taught us to reach beyond our despair, our hurts and angers, and even our realistic doubts, and to create the reality that gives full expression to the dream of our people: to live in peace as a free people in our land.

Shir Lashalom | A Song for Peace

The finest of prayers can bring us back no more.

And he whose flame has been extinguished,

Who’s buried in the ground,

No bitter wails will wake him, will him restore.

No one can bring us back from the dark of the grave.

Here, neither the joy of victory

Nor paeans from the brave can help.

And sing it way out loud.

Let the sun in through the flowers.

Raise your eyes in hope, not through the barrel of a gun.

Sing a song to love and not to victories.

Don’t say “a day will come” – go bring that day yourself,

For it is not a dream.

In all the squares, ring out a song for peace. 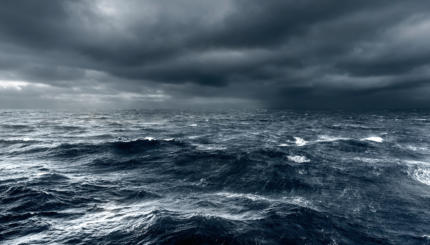 With the intensity of our Fall Holy Days behind us, we find ourselves now in the month of Cheshvan. Known ... 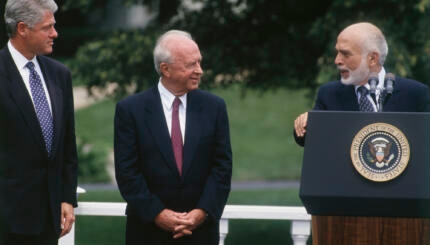