The end of summer can be a whirlwind for ISJL Education Fellows, as many of us spend the majority of our time traveling throughout the Southern region, getting to know Southern Jewish communities and preparing for the upcoming year of religious school. It is an incredibly exciting experience, and it has really energized us, in the weeks leading up to the High Holidays, and still, now – throughout the remaining autumn Jewish holidays. Wonderful as energy is, though, at times reflection is what we crave.

Thus, while in Houston with two other Education Fellows, we decided to take a couple minutes away from the excitement to engage in a little bit of meditation and self-reflection. Now, we could have done this just about anywhere – no specific venue is required to be introspective, nor are there any necessary supplies. But we had heard about a fascinating place called the Rothko Chapel, a multi-faith center for contemplation and prayer, and we decided it might be worth checking out.

We were not disappointed.

The Rothko Chapel is truly one-of-a-kind. As we walked into the lobby, the first thing we did was sign in to the Chapel’s guest book. Looking at earlier visitors, we saw people from all around the country. We proudly added our names, and our home base of Jackson, Mississippi, to this vast and varied list of places, and we headed towards the prayer space.

At its entrance, there were a number of books, humbly resting side by side. Some might not think much of this, but it certainly caused me to stop and think. Next to one another were traditional holy texts from Judaism, Islam, Hinduism, Zoroastrianism, Christianity, and others. They were carefully placed side by side, with none taking precedence over the others. Implicit to me was the idea that none of them was “more correct” or “truer” than the others. This table made me stop in awe, because on it lay eight or nine texts that are, together, the basis for thousands and thousands of years of tradition, all over the world. There they were, quiet and ancient, for all to explore, analyze, study, or question.

What struck me about these books even more was that they were very well-worn. Where the covers might once have been shiny, they were now a little bit duller. Some of the pages were a little yellowed, and maybe even torn a little bit. I thought about this not because it makes the texts any less beautiful. On the contrary, I think it adds a great deal to them. There is something unbelievably tragic about a brand new book, impeccably shiny, being placed on a shelf only to go unused for years and years. These, however, through daily exploration by visitors from around the country and the world, have given new wisdom and growth to countless people. They have earned their scratches.

Next, we went into the chapel itself. There were only a couple of others inside as we entered, but we spread out to a few different corners of the octagonal room. There were benches in the center, mats for those who wanted to sit on the floor, and, most interestingly, fourteen black paintings on the walls. The paintings set the tone for a space that felt incredibly spiritual. I sat there for a while, my mind wandering from the texts in the lobby to how I might best do teshuvah (repentance) over the High Holidays, and eventually, to nothing. I sat there and thought about nothing for the first time in almost forever.

After awhile, the other Fellows and I got up to go. We rose at precisely the same moment, without speaking or gesturing, despite the fact that we had been facing in different directions and did not know exactly where the others were.

Visiting this chapel was an unbelievable experience. Through the texts, I saw quite literally what it looks like when Judaism exists peacefully, side by side, with other world religions. It reminded me of the delicate balancing act we engage in as we attempt to maintain a level of Jewish distinctiveness while simultaneously playing a role in the betterment of the world more generally. As we walked out of the building, I returned to my work for the ISJL, an organization adeptly and simultaneously carrying out both of those missions. 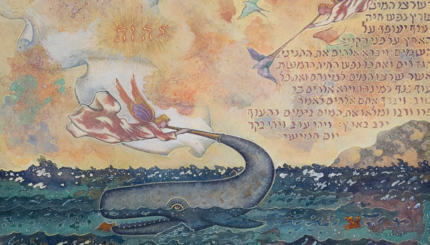 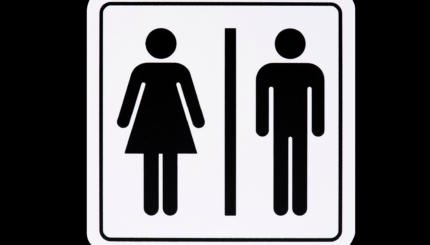 Different versions and parallels from classical sources and manuscripts provide an interesting perspective on this controversial blessing.