But what have you done for me lately?

What’s All the Fuss?

There is an old joke about the rabbinic search committee who in looking for a rabbi wanted someone who was creative, dynamic, fresh out of seminary, and had thirty years of experience.

Obviously, this is an impossible combination. The traditional image of a rabbi is an older man with a long white beard and glasses. The word “rabbi” itself evokes a sense of someone with wisdom, learning, and years of knowledge behind him. Yet this image of a rabbi is at odds with the reality of the state of the rabbinate today. Today, rabbis are male, female, young, old, and some even specialize in different areas, pastoral counseling, organizational management, or academic learning to name a few. The nature of the rabbinate and what one expects from a rabbi has changed dramatically in the past 50 years.

In most cases, I would argue that this is a good thing. However, there is one aspect of the changing perception of rabbis which concerns me. And that is the thought that the younger the rabbi, the better. I have the great pleasure of working with rabbis at all ages and stages of their rabbinates. I know extremely talented new young rabbis and extremely talented seasoned older rabbis. There are advantages to being on either end of this spectrum. But with each passing year it seems as if our youth obsessed American culture is leading our communities to discount the wisdom and expertise of older rabbis.

I should define my terms. A “younger rabbi” is someone in his or her 20s or 30s. And an “older rabbi” is anyone over 50 years. The 40s seem to be, for the moment, a middle ground, but the age of an “older” rabbi does seem to be trending downward in to this realm as well.

In the past week, I read an article by Michal Kohane in which she takes to task the Jewish Community for ignoring the Jewish population over 40. While her article makes several assertions I do not agree with. I do think that her central point, that as a community, we have become obsessed with youth to the detriment of the older population, has some validity. I certainly see it in the professional sphere. As a colleague of mine said in a meeting this week, “If you are a rabbi over 50, and you lose your job, good luck finding another. It is almost impossible.” Given this reality, another rabbinic colleague said that the time has come for rabbis to get used to the idea that they will need to launch a second career later in their lives. There just are not enough communities or jobs interested in hiring them.

While there are some rabbis who burn out and should retire form the rabbinate in their 50s, there are many, many more who still have much to offer. I wish I knew of a way to combat the ageism I am seeing in the Jewish community. I firmly believe that each individual needs to be judged on his or her merits. A rabbi who is committed to on-going learning of traditional texts, current events, and leadership skills can be an innovative leader throughout his or her life.

How can we hold multiple visions of rabbis in our head at one time? Young,/old, male/female, gay/straight, black/white/Asian all kinds of people make inspiring rabbis. Let us honor them all.

Does A Rabbi Have To Be A Role Model?

It’s over a month now since the Reconstructionist Rabbinical College announced that it would consider intermarried candidates for admission to ...

I began rabbinical school in 1994, nine years after the Conservative Movement ordained Amy Eilberg in 1985. I was young ... 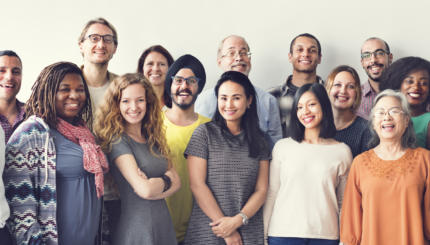 So You Want To Hire A Rabbi? 5 Tips to Make the Process Go Smoothly