Full disclosure: Kveller.com is a partner site of our host, MyJewishLearning.

In a recent blog post on the Jewish parenting site Kveller, Joyce Anderson wrote about the process of teaching her oldest son to pray. For Anderson, teaching her child to speak to God, preceded (or facilitated, perhaps) her attempts to talk with him about God. Interestingly, Anderson is not Jewish; she is a member of The Church of Jesus Christ of Latter-day Saints.  Her article is one of several non-Jewish perspectives in Kveller’s God Month, an ongoing series on the challenges of talking to children about God.

While Anderson shows no ambivalence about encouraging her child to develop a personal relationship with the divine, the other responses in the series present more complicated experiences of parenting and faith. Among all the essays, Jewish or not, hers is the only one that takes for granted that children should believe in God. Taken together, the articles point towards a basic truth: we aren’t that good at talking about God.

At first, I found this troubling. The ambivalence about God in the Jewish responses certainly reflects editorial choices or selection bias, but it still squares with my own experience of non-Orthodox Jewish life in America. Reading through the pieces, I found myself wondering, “Do any of us simply believe?”

Anderson’s prayer-based solution makes a lot of sense, especially given the deeply personal relationship between individuals and God in Christ-centered theologies. Prayer takes a central role in a few of the Jewish responses, as well, but in a different way. For the Jewish parents that write about prayer, showing a child how to pray also helps him or her relate to God personally, but the contributors’ own sense of God remains less defined. For them, the advantage of prayer is that it acknowledges and celebrates a creative force in the universe without limiting how we conceive of that force.Tellingly, of the two Jewish parents who write about sharing their personal religious practices with their children, both include prayers from Eastern traditions, like Buddhism.

Several God Month contributors—including self-identified Jews—reject the idea of God altogether, or at least bracket off questions about God’s nature and existence as unknowable and inessential to an ethical life. These writers express ambivalence about the prospect of raising a religious child, though they note the importance of teaching their kids to respect other people’s religious traditions. Some of the skeptics are attached in one way or another to Jewish culture and identity, and even want their children to have the option of choosing a more spiritual life.

Now, I’m neither traditionally observant nor deeply spiritual. I do not intend to criticize anyone’s personal practice or to bemoan some lost golden age of Jewish observance. I am struck, however, by absence of modern Jewish voices that speak confidently about God, both in the Kveller series and in my own experiences.

Perhaps, though, the issue is not that we are bad at talking about God, but that God is and should be difficult to talk about. Sometimes, especially when children come into play, we may feel need for a simpler or more concrete sense of the divine. But complete certainty (fundamentalism) is a dangerous thing, and what kind of God could be understood through mere human speech, anyway?

The tensions and contradictions expressed in the Kveller series might not reflect deficiencies in our communities, but a healthy struggle between traditional beliefs and universal values. I still hope that the series will include a Jewish writer who approaches the topic of God with more certainty and less ambiguity, but I can also accept and appreciate the articles that are there so far. They represent a real effort to do right by our children when it comes to God talk. I’m not a parent yet, but  I hope (God willing) that the questions raised by God Month are ones I will one day have to answer both for myself and my children. 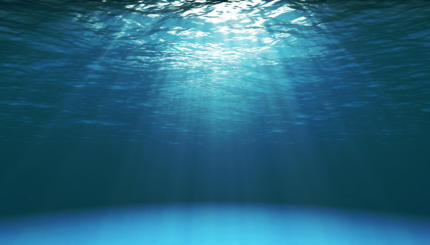