Sometimes There Are Second Chances

A couple of years ago, after several years of trying to get all the way through the counting of the Omer, I built an Omer-counter with a foolproof reminder system – my son.  It’s based on the Christian advent calendar in that  it’s a series of forty-nine boxes (seven rows of seven) which  has randomly placed toys inside the boxes. NO more forgetting to count in the evening! Every night, I have an excellent reminder, and so I do not lose my chance to say the blessing when I count, or worse yet, forget altogether and have to quit counting for the year.

It’s a yearly frustration for lots of people who try to keep up with the Omer – it’s easy to screw it up and lose track, and according to the tradition, if you mess up, well, hey tough. You’re out of luck.

That’s why it’s odd that about a month into the Omer (today, in fact) there’s a little known holiday that’s about  …second chances.  Pesach sheni ( or “second passover”) is a biblically based holiday that happens because, as is related in Numbers chapter 9, when God commands the Israelites, a year after the exodus,  to bring the passover offering, there were certain people who had become ritually impure through contact with a dead body, and so, could not prepare the Passover offering on that day.

They approached Moses and Aaron and said, “We are unclean by the dead body of a man; wherefore are we to be kept back, so as not to bring the offering of God in its appointed season among the children of Israel?” (Numbers 9:7).  After these people approached Moses and Aaron, God tells them that from then on, if anyone is ritually impure on passover, or is unable to keep passover for some other reason beyond their control, “he shall keep the passover unto God in the second month on the fourteenth day at dusk they shall keep it; they shall eat it with unleavened bread and bitter herbs.” (Numbers 9:11)

Pesach sheni is a strange holiday. We don’t really observe it – mostly because  there isn’t really anything to observe  – there’s no requirements, since we no longer bring sacrifices. And yet, it’s sort of a shame. Here we are, in the midst of a period where every day counts, where there are no second chances, where you have to get it exactly right, or you lose your chance (at least until next year), and there’s this holiday that interrupts it for the purpose of giving a second chance for a holiday that occurred a month prior – and not only that, but it’s the only holiday we have the sole purpose of which is to make up for a holiday that someone missed out on.

What is that all about?

Rabbi Yosef Y. Schneersohn is cited by his son-in-law as saying that, “Pesach Sheni teaches us that ‘Nothing is ever lost: it’s never too late!”  and then the latter Schneersohn goes on to say, “Our conduct can always be rectified. Even someone who is impure, who was far away and even desired to be so, can still correct himself.” He continues, “Given the significance of Pesach Sheni, one might ask: Why was it instituted a full month after Pesach, in the month of Iyar? Wouldn’t it have been better to atone for our deficiencies at the earliest opportunity, in Nissan?”

“We can answer this question by comparing the spiritual characteristics of Nissan and Iyar. Nissan is the month of revelation, the month during which God revealed His greatness and redeemed the Jewish people despite their inadequacies. Iyar, by contrast, is the month of individual endeavor, a quality that is exemplified by the mitzvah of Sefirat HaOmer. The theme of Iyar, self-refinement initiated by the individual himself, is in keeping with the nature of Pesach Sheni, the festival in which an individual who was not motivated by Pesach is given an additional opportunity to elevate himself.”

First, the key to pesach sheni is precisely that it does occur a month later, during the Omer. Unlike the first Pesach, which is a national holiday, Pesach sheni is an individual’s holiday. The second thing is the way in which Pesach sheni came about – unlike well, pretty much everything else in the Torah, it isn’t initiated by God, given to Moses and Aaron and then passed on  to the people. Instead, Pesach sheni is initiated by the people themselves, by a group of individuals. In fact, I know of really only one other case like this one: the daughters of Tzelophechad (which also appears in the book of Numbers, farther along, in Numbers 27), who challenged a law of inheritance whereby only sons could inherit, even if there weren’t any. They  brought their challenge and God told Moses that they were right and amended the law.

I think that that parallel to the daughters of Tzelophechad is the key to why this is the only holiday that is a “make-up” for another holiday.  It’s not just that it’s a group of individuals who want a make-up. It’s that  these individuals saw a specific wrong that they wanted addressed, and they wanted it addressed for the sake of justice to individuals who have no control over being excluded from the nation.  In the case of Tzelophechad’s daughters,  the case is their sex; in the case of pesach sheni, it’s because they were doing another mitzvah ( caring for the dead). But the important thing is that  these two cases  are things which exclude them from the body of the nation in some crucial way. It is because of this that they  take their complaint to God, and God answers them, “Of course, you are right.”

IN recent days, when we have seen so much change so quickly  both in the Jewish community and out of it in regards to gay marriage and inclusion, this is a message that we should all take to heart. Pesach sheni isn’t merely a second chance for the individuals who were excluded, but is a second chance for the nation to include in its inheritance and in its moment of revelation everyone who throws their lot in with the Jewish people. Because even God can make a mistake, and even God can admit it and rectify it.

Passover has passed us over and last night’s dinner was a veritable chametz -fest. “But wait!” you shout, “Passover isn’t ... 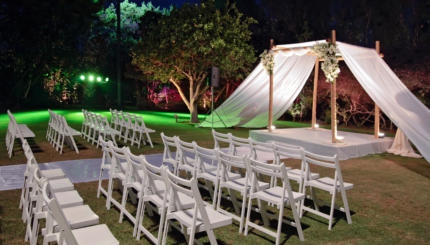 The NFL Draft, the Omer, and the Power of Potential

I am a self-confessed football fanatic. From September through January, my Sundays are centered around the performance of the San ...