A Champion for Inclusion

There’s a new player on the Jewish blog scene, and it’s not holding back. Jewrotica is a “pluralistic and sex-positive organization that explores the intersection of Judaism and sexuality through essays, literature, erotica, and in-person programming.” Keshet caught up with Sarah Tuttle-Singer, former social media outreach coordinator and current contributor, to ask about what it’s like to write for Jewrotica, and what the existence of this new site might mean for LGBT Jews.

You’re a writer for a variety of Jewish publications – in what ways (other than the very obvious one) is Jewrotica different?

I’m a big believer in authenticity – in “owning your sh*t.” In other words, if you’ve got something provocative to say, then say it boldly, and don’t cower behind cheap metaphor. Writing for Jewrotica is a literalization of this – because unlike publishing on Kveller and Times of Israel (two sites which I adore!) not only is the content I submit on Jewrotica potentially problematic, but explaining the article in the context of the site also invites a secondary conversation. (Just ask my dad.)

That said, Jewrotica also understands that there are people with things to share that don’t want put a name to it. And that’s why it’s great that Jewrotica allows writers to use pseudonyms or submit anonymously. This definitely frees writers to push their boundaries in a safe space if they are uncomfortable going public with their experiences, interpretations, or fantasies.

I guess if I’m going to break it down, writing publicly for Jewrotica requires very serious intention – kavanah –  for me. Do I believe there should be a place where Judaism and sexuality intersect? Hell yeah. And that’s why I love being part of this site.

I’m deferring to Ayo Oppenheimer, the founder of Jewrotica for this one:

“Our tags include queer / LGBT, just like they include other groups within the Jewish and sexuality spectrum. We are pluralistic and aim to be as inclusive as possible, and have published stories by gay and lesbian writers. Just recently, we published a prose poem by Arielle Greenberg Bywater called “Putting Out.”

In fact, all three of our Valentine’s stories, essays and poems this year were queer-focused and written by gay Jewish authors, so that sends a pretty strong statement. However, we’re open to suggestions about how to be more inclusive. Jewrotica is a website, an organization, a movement, but mostly its an evolution and an organic creation. If you have an idea, tell us. If you want to get involved, reach out. We’re all about pushing boundaries in thoughtful ways and would love to include folks in being a part of what Jewrotica will become.” [You can contact the Jewrotica team here.]

Favorite Jewrotica piece to date? Why?

I think Hugo Schwyzer is a beautifully brutal writer who takes his readers on very complicated and visceral journeys. I love this piece.

This story was arousing and painful on different levels.

Why Jewrotica? What’s Jewish about it?

Why not? What isn’t? Sorry, couldn’t resist answering that in a stereotypically Jewish way.

But seriously. Jewrotica is a conversation about sexuality – a work in progress, really. And while many people within our culture have absorbed stigmatizing stereotypes about sex, or feel that sex and spirituality have no place in the same conversation, Jewrotica seeks to change that.

How open is Jewish community to a publication like this?

Three Jews, five opinions. Depends on who you ask. A few Facebook friends have defriended me because they were uncomfortable with some of the content I was sharing – and that’s cool. Plenty more have subscribed. And submitted articles.

Traditional Sources on Sex Outside Marriage

While the Torah does not forbid premarital sex, the rabbis of the talmudic era prohibited it--but one modern authority proposed a sanctioned form of exclusive sexual relationship outside of marriage.

Sex and Modern Orthodox Singles: Between Halakha and Reality 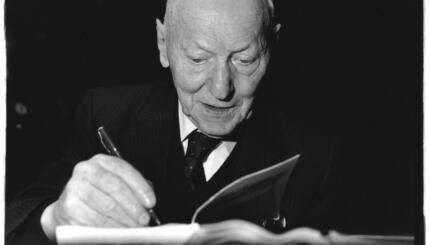