Silence or: How I Learned to Stop Worrying and Love the NSA

A couple weeks ago news stations around the country featured the story of an 87-year old woman, a resident of a nursing home in Bakersfield, California, who was denied CPR by a nurse even while the 9-1-1 operator pleaded with her to administer the life saving intervention. The audio recording of that 9-1-1 conversation sends chills down our spine as we listen knowing that her refusal to offer treatment results in that elderly woman’s death. The nurse claimed to the 9-1-1 operator that it was against the policy of the nursing home to attempt life saving intervention by any of the employees and her sole job was to only call for help and wait with the patient. The facility later confirmed that this is indeed their policy. 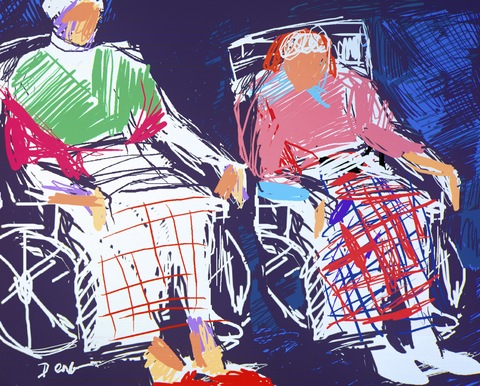 The response to this incident was an overwhelming display of horror and disgust. How could anyone sit idly by while a person quite literally dies in front of them? This is even more pronounced when the person who refuses to help is a nurse, a member of the medical profession. This case and the wrong committed is so clear and unequivocal that it requires little commentary, if any.

The situations that are obvious are not where the struggle lies. We are defined not by doing the right thing when it was obvious but by the times we navigated uncertainty and chose to act properly and justly. Life is made up more of the gray than the black and white. How do we navigate the uncharted? How do we find direction when there is no immediate and visceral reaction of what we should or should not do?

This is what placing oneself into the fabric of a religious tradition is all about. It is embracing the limits of the “I” and finding strength in shared wisdom and collective insight. Perhaps counter-intuitively, the sooner one can accept the boundaries of what they, alone, can decide or figure out — that not all situations are as obvious in what one should do as the case of the nursing home in California — the sooner one discovers real strength and moral bravery.

Oftentimes, our society’s stark individualism is traced back to the experience of the rugged Western frontier of the 19th and early 20th centuries. Yet, nothing could be farther from the truth. A man or woman who decided to venture out and settle the front range of the Colorado Rockies or attempt to make a go of it in Southwestern Utah by themselves was not only doomed to failure but risked their very lives. The Western frontier would not have been transformed and struggling farms and communities in their infancy would not have overcome all obstacles and survived if not for the total embrace of the power of the “we” and the inter-dependence of one person to the other.

There are times where the decision to make is obvious. Those times we can act alone, confident in our course. The majority of our lives are not composed of such moments. A community of ideas and a faith tradition connect us to wisdom that has been forged through the test of time and hammered in the fires of experience that transcends the lifetime of any one person. Let us not abandon the the power of community and the teachings it offers in the absolute pursuit of the “I”.

The Jewish Duty to Vote

Election Day in the U.S. is coming. How will being Jewish shape your choice whether to vote?This November, Americans will elect ...

#Blacklivesmatter Starts with the Soul

As I look at the headlines, I see continuing fallout from police killing another black man, this time in Baltimore. ...

I think that it would be wrong to let the day go by without saying something about the election. But ...