Jews read sections of the Torah each week, and these sections, known as parshiyot, inspire endless examination year after year. Each week we will bring you regular essays examining these portions from a queer perspective, drawn from the book Torah Queeries: Weekly Commentaries on the Hebrew Bible and the Torah Queeries online collection. This week, Rabbi Jill Hammer sees in the construction of the mishkan a model for a community where everyone, including and especially LGBT Jews, can contribute their own gifts.

In the traditional Jewish community, queer people are often asked “What is your justification for being a queer Jew?” as if queer Jews are a controversial idea rather than a life form. This question may in part stem from an internalization of the model of Sinai, in which ideas are set forth or decried based on covenantal aims. Yet in the parshiyot of Vayakhel-Pekudei, we find a different model for what it means to be a sacred community, one radically different than the model we see at Sinai, and one that tends toward acknowledging people as bodies as well as ideas.

Moses has been instructed to create a
mishkan
, a dwelling place for the Divine. He asks the people to bring gifts of precious metal, colored yarn, tanned animals skins and jewels to beautify the shrine. The pattern for the mishkan has been set by heaven, yet it is human wisdom and physical activity that weaves the pattern into a multifaceted reality. We are told “all the women whose hearts stirred them up in wisdom spun the goats’ hair” (Exodus 35:26) and “Moses summoned Bezalel and Oholiav [the chief artists] and every man who was wise of heart.” This wise-heartedness allows the people to bring the plans for the sacred shrine to life. Unlike Sinai, when the role of the people is to receive, here the role of the people is to give, and for each to give a unique and personal gift. The design Moses has received cannot live except through the hands of the givers, workers, and artists who join together to weave, shape, build and forge all the necessary pieces of the mishkan-puzzle. When the mishkan is built, it holds something of each person in it.

The words in our parshiyot suggest that “wise-heartedness,” the knowing that comes from inside, has something to contribute to the body of sacred knowledge. Queer people, like other marginalized people, have often spent a great deal of time becoming wise-hearted: knowing and skillful in understanding the workings of their bodies, hearts and spirits. They have had no choice: this skill is a necessary defense against the many people who misunderstand, demonize, or ignore them. Only by knowing themselves can they accurately know which of the images others have thrust on them are false. The gifts they bring to communal understanding of self, sexuality, love and community are powerful. Their embodied wisdom is not simply an idea to take or leave, it is an expertise in being, one that the community needs in order to build.

Indeed, one way all of us become wise-hearted is by learning how to love. We learn this from our parshiyot as well. At the center of the mishkan, on either side of the most sacred altar, are two forms, two cherubim, facing one another across the sacred emptiness above the altar (Exodus 37:7-9). A cherub is a kind of angelic creature, and the name “keruv” or cherub, means “one who draws close” or “one who is intimate.” The Talmud tells us that these cherubim are male and female, and further, that they are embracing in an act of lovemaking. However, it is noteworthy that the Torah does not specify the gender of the cherubim, only that they are glancing at one another while also sheltering one another with their wings. Although the exact spot at which the Divine is said to rest is empty, it is framed by bodies in an act of union and eyes in the act of seeing one another. As Bible scholar Avivah Zornberg noted in a lecture, “God is at the point where the two gazes intersect.” The cherubim, like those who give to the mishkan, provide a throne for the Divine through an embodied act of love. They too teach us about the wisdom we gain from the experience of intimacy with self and other.

When the various cloths, objects and utensils are finally completed, Moses sets up the shrine. The Shekhinah, the Divine Presence, enters the shrine in such thick tangibility that no one else can enter (Exodus 40:34-35). In a sense, confronted with the reality of what the people have made, God becomes a body, a specific entity in a specific time and place, just as humans are specific to time and place. God has learned from, and nested in, the gifts of the people. It appears that the magic of
chesed
, of self-transcending love, has worked; the mishkan really becomes a receptacle for the sacred. The
Shekhinah
, who is said to be the sum total of the community of Israel, takes up residence in the place prepared for Her by the entire nation.

Sinai has a great deal to teach us about how to act in the world, but so does the mishkan. The mishkan, with its freewill gifts, its dedicated artists, and its entwined cherubim, teaches us the power of embodied and specific love. If these parshiyot could speak to queer people, they might ask, not “What is your justification for being?” but “What gifts are you bringing to sanctify and beautify the altar?” And this is indeed the right question. 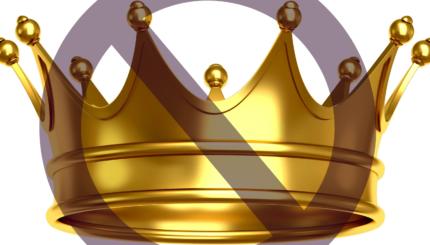 8 Jewish Values I Learned From Breastfeeding

Hineni.  Here I am, ready to nurse my last child for the last time. My mind is like a vortex for ...

From a Rabbi, An Open Letter to People Who Are LGBTQ

It is now four days since the heinous attack in Orlando. In the world of cable news, an eternity has ...