The day I went to the Boston Marathon: from Inspiration to Anger

WTF and Other Essential Prayers

I’ve never, I have to admit, been a  big fan of mikvah. Nearly every month for many years now,  I trudge down to our local mikvah for a ritual  immersion at the end of my menstrual cycle, not because I find it “spiritually fulfilling” – I don’t. I immerse because I am obligated to, and so I do. In perfect frankness, I find it to be a big pain in the neck and a complete inconvenience. I know that there has recently been a big vogue for turning mikvah into some kind of healing center or spa-like experience, and I’m glad for people who immerse themselves in the waters and find that it is uplifting or spiritual, but I am afraid that I am basically a mitnaged (on one foot, that’s the opposite of a chasid, favoring study over feeling) by temperament, and am suspicious of spirituality not deeply embedded in either discipline or study. Yes, that’s right, I am a cranky grump.

Which is why it didn’t particularly bother me that  even though I needed to go to the mikvah today, I was in a pretty foul mood. I was very angry for most of the day – and not without cause. I won’t go into the details, but let’s just say that while I occasionally get annoyed, I rarely get really angry – it takes a lot. But even the most cantankerous of mitnagdim know that you can’t immerse yourself and say a blessing with thoughts of strangulation (not literally, don’t worry) running through one’s mind, and so by the time i got done with my pre-mikvah shower, and was halfway down the steps into the mikvah, I was trying to figure out how to get rid of the thoughts in my head – at least long enough to complete what I was doing.

It was not easy.  Usually, immersion is pretty quick for me – I dip myself, say the blessing, try to focus for a few minutes on my prayers for my family – when my kid grows up, if I’m not around, someone can tell him: I pray for him to be worthy of torah, chuppah and maasim tovim: Jewish study,  Jewish marriage and good deeds. I add to that health,  that he should be smart enough to do good and wise enough to do well, attractive enough to find a partner, and loving enough to be worthy of him or her, a job to sustain him and his family, that also does some good for the world – and I pray that I’ll be around to see it and his children grow up to those things- I can get through that in half an hour,  even with a shower after.

But today was possibly the longest time I ever spent in the mikvah, because I couldn’t get to the part where I could even think about the immersion and the blessing. All I had to offer was rage. (In retrospect, I rather wonder what it was like to be around me the rest of the day. I hope I didn’t run anyone over). I’m glad no one else was scheduled for the mikvah late this afternoon, because it took me an hour and a half to immerse.

I’m not claiming that mikvah fixed me. Nor am I claiming that I’m not angry any more. And least of all am I claiming that I had a profound spiritual experience that left me changed forever. At least not if by spiritual you mean something divorced from religion, or from discipline.  But the effort of finding a way to get that out of my head while I had to do this other thing which was obligatory, was a “spiritual” moment, in the sense that it forced me to think of something other than the rage that I was experiencing.

I had to clear my head to be there, then, and not think about what I was going to do later, somewhere else. And perhaps if nothing else, that does help explain the value of the obligatory.  Because even if I am still angry, several hours later, having cleared my head for long enough to think of those other things and to finish by closing my eyes and saying to God, “Let Thy will be my will,” I have at least cleared up enough space in my head for a few minutes to ask whether I can’t just get through the rest of the day before deciding to do something irrevocable, but also to consider whether not doing the irrevocable thing is a sort of cowardice. Maybe I don’t have to decide right now; maybe I can just tread water a little longer.

Turned Away From The Mikvah

I had been selected for a 10-day workshop at Yad Vashem for Jewish educators and planned to arrive early and ... 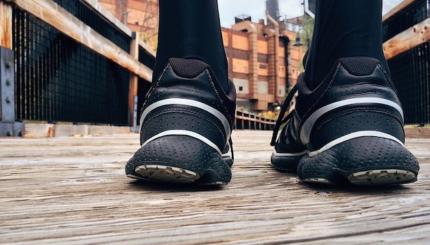 New Year’s resolutions are hard to keep. So in the past I did not bother at all. This year, is ...

The Power of Gratitude

A simple street scene glimpsed on the early morning commute. A woman in her forties dressed in a sari, a ...