The Most Profound Prayer

Last Hanukkah my mother gave me a decorative wall hanging with the text of Asher Yatzar, also known as the bathroom blessing, the most hilarious benediction in the Jewish canon to any Hebrew school student. In a liturgical tradition with hundreds of formulas for giving gratitude to God at various special occasions, perhaps it should come as no surprise that traditional Judaism urges us to thank God each time we successfully emerge from the toilet. But tell that to a school age child. Or to my grown up self, trying not to giggle at my mother’s gift.

My mother does not practice Judaism and does not read Hebrew. But every year for Hanukkah, in a heroic act of motherly love, she ships appropriately-themed gifts across the country for both myself and my Labrador. The dog got a stuffed dreidel. I got a ceramic placard with the words of Asher Yatzar. I’m not sure she knew what it was.

Like most Americans, I was raised with what I consider a completely normal level of neurotic shame surrounding bathroom functions. An integral part of my toilet training were the instructions to close the door behind me, pull up my pants when I’m done, and don’t talk about what I did afterwards, especially not at the dinner table.

And, like most gender-variant people, that primer of bathroom shame was coated with an extra layer of fear and confusion: Will I scare someone in the ladies’ room today? Will I be safe in the men’s room? Is sitting down to pee an affront to my already insecure masculinity?

As a girl child, I experimented with standing to pee, mostly out of curiosity. I failed

miserably. As an adult, I experimented again, mostly out of a sense of obligation that this was something I should want. Admittedly, the first time I used a stand-to-pee device was an unforgettable experience. I faced the toilet fully pantsed, unzipped, and stood in awe of the perfectly aimed stream. It was exhilarating. It was transgressive. It was intoxicating. But it was also a lot of work. Where to wash the device? Where to store it stealthily? And, most importantly, as a person profoundly disinclined to needless physical exertion, why should I stand when I could sit?

Bathrooms for me are a strange clash of expectations, a confusing mix of shame and fear. And accordingly, I hid the Asher Yatzar placard for several months, too embarrassed to hang it anywhere visible.

Over the months, however, the guilt of disrespecting a gift so lovingly and thoughtfully given began to gnaw at me. Unwilling to display the words, I resolved at least to try reciting them after each bathroom use. If I was using the gift, that would count as an acceptable show of gratitude, right?

And so, after washing and drying my hands, I began to recite:

“Blessed is God who has formed the human body in wisdom and created many orifices and cavities. It is obvious and known before You that if one of them were to be opened or closed incorrectly, it would be impossible to survive and stand before You at all. Blessed is God, who heals all flesh and does wonders.”

The number of berachot for special occasions is breathtaking. We have formulas for seeing a rainbow, hearing thunder, seeing an ocean. Thanking God for natural wonders makes a certain amount of intuitive sense. But thanking the Almighty every time we pee seems like a stretch, particularly if you’re slinking out of a place of shame and confusion, not sure which door you were supposed to have used, or even which direction you were supposed to have wanted to face.

And rabbis, of course, have had many debates about the Asher Yatzar, delving into detailed quandaries that surely move the most studious yeshiva bocher to blushes and giggles: What if someone is catheterized? What about bowel movements during childbirth? Does one who is incontinent recite the blessing?

When I was first introduced to the concept of Oral Torah, I was warned that rabbis talk about everything; that the Oral Torah should not be thought of as a book or an anthology, but a veritable library of human knowledge. I eyed the mysterious tomes of Talmud on our synagogue’s dusty bookshelf and wondered if that could possibly be true. And sure enough, Rabbi Abaye quotes the bathroom blessing in the first book of the Talmud, and his descendants centuries later dutifully take up his line of thought, debating the best way to thank God for peeing one’s pants. No blessing is too messy, too small, or too human.

I can’t say that reciting Asher Yatzar has undone a lifetime of learned bathroom shame. Or that it has even ameliorated the myriad of ways in which the female body is shamed both in mainstream and queer cultures. Nor has it untangled my own peculiar variety of bathroom qualms. But it has opened the door a little, brought a word of gratitude into a place where there was none. The Asher Yatzar frees my mind from the entanglements of my complicated human communities, and allows me to reflect for a minute on the beautiful, messy, gendered complexity of my human body. And that’s a gift for which my gender-variant soul can be grateful.

Three weeks had passed since they had put my daughter’s hand in a cast. A small misstep while working with ... 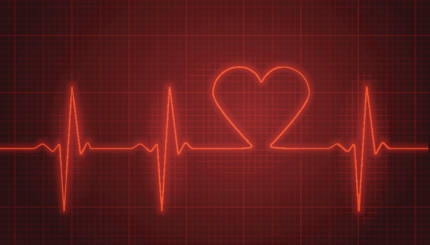 The blessing traditionally recited after using the restroom reimagined as praise for the inner drumbeat sustaining the body.

Blessings and Curses: What’s in a Binary?