Kabbalah is an attempt to understand the brokenness of the universe.The other night, my chevruta (Study partner) and I were reading  a section of a work by the Magid of Mezritch, in which he about what it means to “rule” or have dominion.

In the version of kabbalah that the Magid is discussing, we understand God as being essentially unapproachable and beyond understanding.  But there is a little piece of God, called the shekhina, which is just, just approachable, just barely comprehensible, by human beings. This, the lowest  “level” of godliness, is a kind of conduit. If we do mitzvot, commandments, we help repair the essential brokenness of the universe, and  we open a little flow – like a faucet almost- into the human world of time and stuff, that allows God’s animating principle to bring wholeness and blessing into the world.  But this lowest level also has another tap – not just hot water, but also cold – if we don’t do mitzvot, or if we do evil, then this other tap is opened, and not only doesn’t blessing come into the world, but  brokenness – the brokenness we create by not doing God’s will, does.

This is a roundabout way of saying that our actions affect the universe in profound ways, and are reflected even in the divine realms.  The magid says that this brokenness comes because the sitra achra– the “other side” which plugs up blessing, says to itself, “Ana Emloch,” I will be king.  This is interesting when you consider that the other name for the shekhina is malchut – dominion, or kingliness.  The sitra achra is made up of several discrete parts, but when each one says, “I will be king,” the brokenness comes not because they wish to be king, but because they cannot join together – each one is a thing unto itself, alone, complete unto itself. But even more, each piece is complete unto itself, and thus doesn’t
need
anything else.

This, he says, is the negative aspect of dominion. In its utter completeness, and lack of need for others, it shuts out the very thing that could make it godly and truly whole.

There is a blessing after food, somewhat less known than the rather long bircat hamazon, which we say after foods that are sort of snacky and don’t really come under any other category. This blessing blesses God who, borei nefashot rabot v’chesronan, is the “Creator of many souls and their lacks.”

The late 19th-early 20th century rabbi known as the Chofetz Chaim explains the blessing in terms of a verse in psalms (89:3) olam chessed yiboneh “the world is sustained by kindness.”  He says that the borei nefashot blessing is unique in thanking God for “having created numerous living things with their lacks” and that we say it because of the deep and essential importance of acknowledging that God did not create people to be self -sufficient.  Rather, we need to remember that  everything with a soul is in need, and that this is a good thing, because it means that we must reach out to one another, thus building into the very foundation  of society the need for us to help one another, and for society to build “passing it forward” into its very structure.

We acknowledge God and bless God for creating us in need – because it allows us to help one another. What greater blessing is there than that? True brokenness is not lack – a lack can be filled. True brokenness is thinking that one is complete unto oneself and doesn’t need anyone else.  That tendency to  think of oneself as self-sufficient leads to the desire to dominate, because the truth is that when one  doesn’t ask for help, one prevents blessing from entering, from other people, and from God. 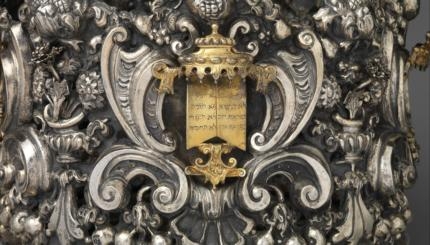 Recited at the end of Shabbat morning services, this beautiful poem does a lot with a little.