You Gotta Be In It to Win It

The Beauty of Dreams

Yes, I caught Powerball fever these last few days. And yes, I knew my odds were small (my favorite example: if you took the distance from New York to Los Angeles and chose one specific inch on that journey, those would be your odds). And so even as I knew intellectually that my odds were infinitesimal, I still plunked down a few bucks to play.

In response, one of my colleagues came up with an excellent rationalization: “It is cheaper than seeing a movie and provides many more hours of entertainment in the daydreaming department.”

On some level, she was right. In a Q&A session with psychologist Daniel Gilbert, one person noted that the value of the lotto ticket isn’t the winning — it’s the good feeling that the anticipation creates. “To put it another way,” this man argues, “for the dollar investment, you can have a much better feeling than flushing it down the toilet, which you cannot have a good feeling from.”

Having hopes and dreams are crucial to our well-being. We have to fantasize about the way our lives and our world might be, because they impel us forward. That sense of a better future is inherent in Judaism — we talk about the “day when God’s name shall be one” and look towards the day when we live in a world of peace and justice. The State of Israel came into existence because one journalist who said, “If you will it, it is no dream.” And even the Israeli national anthem is entitled “The Hope.”

But it’s not enough simply to dream — we have to put in the work to make those dreams happen. And when we forget that, things like lotto fever can become dangerous. It’s fine to spend $10 to release the chemicals that allow us to enjoy our fantasy of a big house and fancy cars. But at least one person spent $450 dollars on Powerball tickets. Almost certainly, that was an amount of money that impacted her life — and not in a good way.

So it’s great to dream…but not at the expense of reality. Instead, we should be asking “Where am I now? Where do I want to be? And how do I work to get from where we are to where we want to be?”

Because the other factor that many people forget about in lotto fever is that as long as we not in poverty, money doesn’t really make us happy. Instead, as a lot of significant research shows, it’s not what we have but what we do that brings us joy: Connecting with friends. Making a difference in people’s lives. Developing a sense of gratitude for what we already have. And those are things that require their own investment of time and energy.

And as Scott Bea, a clinical psychologist at the Cleveland Clinic reminds us, people who “who aren’t careful to cultivate happiness skills such as optimism, a charitable attitude and savvy money management habits often wind up in more wretched circumstances than where they started.”

Those skills, too, are ones that need to be honed and developed. So even if you win the lottery, there would still be work to be done.

In other words, yes, it feels good to dream. But in truth, it’s doing meaningful and important work that makes you feel great.

About a year ago, someone recommended a Paulo Coelho book to me—a popular one— The Alchemist . Most people I ... 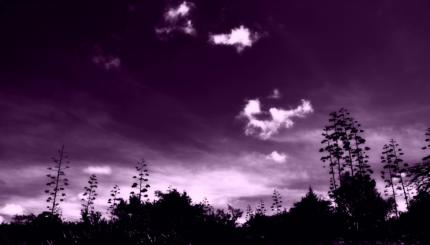 Sleep to Dream, Dream to Plan, Plan to Act

This winter vacation, I slept more than I had in recent memory. Heading to Upstate New York with my wife ...

We Must Still Dream!

“I have a dream that one day this nation will rise up and live out the true meaning of its ...