Earlier this summer, I mingled among a group of amateur and professional genealogists at an international Paris conference exploring the study of Jewish roots. A fascinating question emerged: is the history of all our ancestors somehow a part of us? Does genetic memory exist?

There are scientific studies exploring what we inherit in unexpected ways through epigenetics, a chemical network in our cells that controls genes, switching them on and off. At the core of this field is the notion that genes have a memory and that the lives of our great grandparents – what they breathed, saw and ate – can directly affect us decades later. Ongoing studies in Sweden are examining statistics about famine and abundant harvests to determine the impact on the health of descendants four generations later. Researchers, for instance, found a statistical link between the increased longevity

of the descendants of paternal grandfathers who had lived through a period of famine while young.

I’m intrigued by the notion that generations pass on particular survival skills and, perhaps, an unconscious sense of identity that stands the test of centuries. In the case of my own Catholic Carvajal family, I wonder what prompted them to guard the secret of their Sephardic Jewish identity for generations long after the Spanish Inquisition that prompted them to flee to Costa Rica in Central America.

In the 1990’s, Jerusalem psychotherapist Dina Wardi worked with children of Holocaust survivors and developed the theory that survivor parents typically designated certain children as “memorial candles” who took on the mission of serving as a link to preserve the past and connect the future. The children of survivors who actively struggled against the Nazis, she found, had a strong compulsive ambition to achieve.

A similar strategy existed among the Anusim, Hebrew for the forced ones who converted to Christianity to survive during the Inquisition. Usually elder women took the role of passing on information about their secret identity to particular younger family members. In our family, the historian was my great Aunt Luz – which means light in Spanish.

At one seminar on genealogy, a speaker, Jonina Duker, talked about a phenomenon of “the blood calls” among Anusim to describe how they find their way back to the mainstream of Jewish people.

Recently, a Spaniard named Fernando Carvajal Acebal contacted me from Madrid after reading something I had written and spotting our shared Sephardic Jewish name, Carvajal. He tried to explain the feeling that he said has lingered with him since he was a young Catholic. His mother told him he started insisting he was Jewish when he was about six years old.

“Nobody transmitted this feeling to me,” he told me. “I could have felt I was a Muslim, but I always felt profoundly that I was Jewish. I would say this intimate feeling is almost genetic, an emotion that tells me, yes, you are a Catholic, but do not forget that you are Jewish. I have a deep Christian faith and I pray every day. I do not know the Jewish rites, their customs, or roots. But it does not stop me from feeling Jewish.” 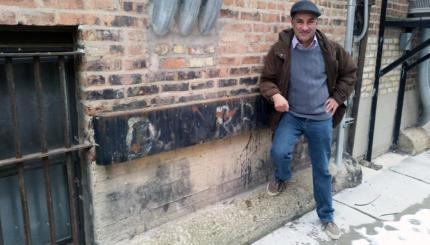