Margaritas With a Twist

Not in a million years would I have imagined that becoming a rabbi would lead to this.

Hora and rabbis go together to be certain, but in conjunction with mariachi? Seriously? But in this setting, nothing could have been more fitting than the juxtaposition of castanets and “Yerushalayim Shel Zahav.”

We were in Guadalajara, Mexico, at the closing gala of the Union of Jewish Congregations of Latin America and the Caribbean (UJCL). The music, the food, and the setting –the historic courtyard of city hall- were a perfect fit.

For the most part American Jews, and by this I really mean Jews living in the United States, rarely if ever think of Jewish life south the border. If we are to go by size, this oversight might be forgiven. There are only 40,000 Jews in Mexico and in Guadalajara a mere 500. But as our 5 days in Guadalajara proved, size is by no means the only measure when it comes to Jewish life.

All the communities that belong to the UJCL are small; at 180 members the Comunidad Judia de Guadalajara is no exception. Yet, the community put their heart and soul into opening up their home to us and to showcasing what it means to be Mexican Jews and they succeeded.

I was met at the airport (at the very delayed hour of 1am) by Louis and Roxanne. As we drove to the hotel, I learned that every Friday night the entire community comes together to share Shabbat dinner, the sense of belonging is real. There is no Jewish school in the city, but the children are very engaged in congregational life, getting up for minyan weekly. Indeed, when we came to the synagogue on for services all but one part of the Torah reading was done by teens. I can’t recall the last time I’ve seen that in any community in the United States. Moreover, the 180 members of the community absorbed nearly their number of guests inviting us into their homes for dinner on Friday night.

The members of Comunidad Judia de Guadalajara are also very proud of their Mexican heritage. In addition to the sessions on Jewish life in Central America and the Torah learning, we experienced some of the cultural sights and sounds of the area with visit not only to the historic city hall but also the Cabañas Cultural Institute – a Unesco World Heritage site, with extraordinary murals and architecture. Like the Mariachi music to which we were treated, the tequila is a local specialty. The town of Tequila is located near the edge of this bustling city.

The Jews of Guadalajara are deeply connected to both their Jewish and Mexican roots, proud of both elements of their heritage. Ahead of Cinco de Mayo, I asked Rabbi Joshua Kullock the rabbi of Comunidad Judia about this dual identity and how he sees it in his community. “Take a look at the video we made singing the Hatikvah,” he suggested. I did, and recommend you do too. Young and old, singers and crooners, with accents that belie their Spanish mother tongue, these Jews remind us of how communities can come together, bringing together multiple identities to help create and share meaning.

This Cinco de Mayo, I’ll raise a glass tequila to my friends in Guadajara and thank God for a rabbinate that includes this. 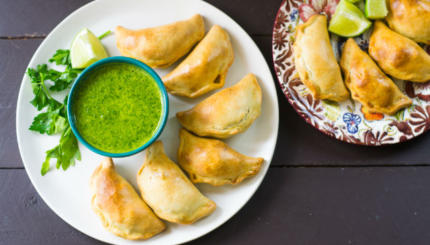 If you asked me what I would be cooking 2 years ago, I would have proclaimed, “Well, the classics, of ... 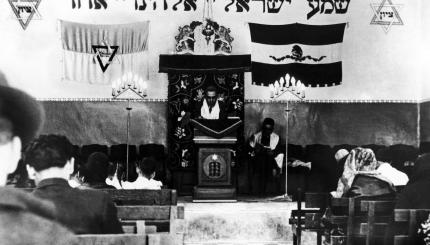 A Jewish Jewel in the World’s #1 City