Every year I get a call from my mother, “Remind me again, do we eat peanuts on Passover?”

This question should have an easy yes or no answer. Rabbis have lists of what to eat and what to stay away from to uphold Passover, and I’m a rabbi so….. But as an Ashkenazi rabbi committed to multiculturalism, I’m torn.

Here is the problem. Back in the 13th century some rabbis in France decided that in addition to things that rise, legumes and rice , which can be made into flour should be off limits during Passover. The rule spread East and caught my family in Romania, Poland, Russia, Yugoslavia and Austria in the bargain. Jews in North Africa, the Middle East and the Sub-Continent were never affected. So growing up it was easy, like all of my ancestors, we stayed away from legumes including peanuts during Passover.

But at 19, I went to study in Israel for a year. Among the classes I took was a class in Jewish law with Rabbi David Golikin. Golikin argued, and here I quote from his written opinion on the matter, “it is permitted (and perhaps even obligatory) to eliminate this custom.” In the written response (see volume 3), Golinkin provides many explanations as to why to do away with this custom, but what struck me then and what resonates now is “it causes unnecessary division between Israel’s different ethnic groups.” His plea to eat rice and beans and peanuts was an attempt to tear down this culinary divider between Ashkenazi and non-Ashkenazi groups.

As the Rabbi-in-Residence for Be’chol Lashon I work daily to remove barriers between groups of Jews of diverse ethnic and racial backgrounds. From a rabbinic point of view I think it is advisable and permissible to do so. The answer should be easy, “Yes mom, we eat peanuts.”

But though Golinkin is quick to dimiss “the only reason to observe this custom; the desire to preserve an old custom,” I am not so quick to walk away. All of my ancestors, as far back as I can tell, were Ashkenazim. They stayed away from peanuts, rice and so on. Celebrating diversity is important, but fundamental to my ability to reach out and connect with others who do not share my background, is my understanding of who I am and where I come from.

In recent years, my mother has taken to making gefilte fish for the Seder. She doesn’t even like the stuff and it is hard to make. But she makes it as a tribute to her mother and to her grandmother (who she never knew and was murdered by the Nazis) because she wants us to remember them, who they were and to know where we come from that family and place.

So will I eat peanuts this Passover? 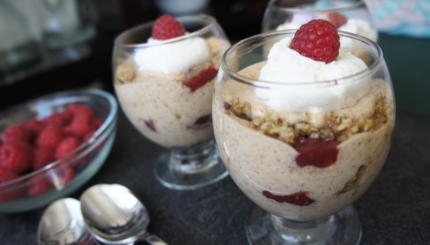 During Passover each year, I really like to keep things simple. My husband and I make mostly the same dishes ...