Welcome to the Rabbis Without Borders Blog

Last week I had the privilege to lead a conversation with 20 or so Jewish young adults in Boston on behalf of the Combined Jewish Philanthropies.  The topic that I had came prepared for was an exploration into the philosophy behind the legalism of Judaism: Why does Judaism emphasize commandment? What is the value of mitzvah as commandment in our day and age? I had prepared source sheets outlining various approaches from thinkers such as R. Samson Raphael Hirsch, R. Joseph Soloveitchik and Nachmanides.

priorities for the evening. It became clear that what was pressing on the minds of these intelligent, engaging and thoughtful young Jewish adults was the cost of admission to the Jewish community. Why is it that one of the first things they encounter upon entering a synagogue is a membership request form? Why can they not attend a Rosh Hashanah service without a ticket? One participant described her dismay at having attempted to visit the historic synagogue in a European city and being told to come back later for the official tour and that it would cost $54.

While it was possible to explain the technical ways in which Jewish communities are organized and how they are financed in distinction from religious traditions that have a central organizing body that funds individual meeting places, the emotional strength of their feelings of not being welcomed and embraced remained true. Is it possible to rethink the way we structure charitable giving in our communities or perhaps the way in which it is communicated? These are not simple questions with simple answers.

It was with this backdrop that I read a story in the New York Times entitled “Loans Without Profit Help Relieve Economic Pain.” This story details an age-old Jewish practice that within the context of a depressed economy and a severely hurting middle class, seems radical and counter-cultural. The thought behind this practice might very well be the redemptive force behind constructing a radically embracing community.

Jewish communities in fulfillment of the Biblical command to offer financial assistance to each other (Exodus 22:24) have established free-loan societies in every time and place throughout history. Indeed, some of the first communal organizations established in America were these free-loan organizations, called Gemachs (an abbreviation for the Hebrew “gemilut chasadim,” acts of loving kindness).  The oldest one being the Hebrew Free Loan Society of New York established in 1892. People are offered small, interest-free loans with a weekly installment plan for repayment. The idea is simple with tremendous implications.

Imagine a society where when someone is suffering they know they can turn to the community for support. This sounds simple but in our cultural context this is not so simple. Paycheck late this week? Did not get the overtime hours this month you thought you were getting? Unexpected illness or house repairs? Where do you go? You could go to a paycheck loan storefront and be charged interest of anywhere up to 390% of what you borrowed. You could ask friends or family assuming they have the spare money to help you in the moment. No matter how one examines it, your options are limited.

Thus, the brilliance of the Gemach. Coming up short this month? Here is the help you need, with no interest. What do we ask in return from you? Nothing, except when times get better for you, remember to help others who are in need like you were. As the rabbi interviewed for the story in the New York Times said “You help the people who are struggling. And you try to preserve their dignity.”

To help others with no strings attached. To have as your aim the preservation of their inherent dignity. These are the ingredients necessary for the building blocks of creating a radically embracing community.

What number comes to mind when you think about a Passover seder? Probably four. Four cups of wine. Four questions. Four sons. Especially those ... 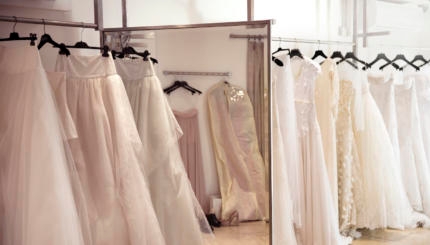 A Jewish institution that takes the shame out of sharing.

When I was in my final year of rabbinical school I had a remarkable opportunity to spend a weekend in ...