This post came our way courtesy of Alan Jay Sufrin, singer/guitarist/bassist/keyboardist for the band Stereo Sinai. He’s also the official shofar blower at Skokie Valley Agudath Jacob Synagogue this year (and is tremendously excited about it). Here he is with his newest instrument in the recording booth.

It’s the Hebrew month of Elul, during which it’s a custom to sound the shofar every day. The blog HearingShofar (which, amazingly, is a year-round blog about shofars) just reprinted a page from the comic Teen Titans #45, from 1976, in which Malcom “Mal” Duncan, DC Comics’ first black superhero, is attacked by a shadowy figure who promises to kill him. Then, randomly, he receives a magical ram’s horn from the angel Gabriel.

[T]he tale seems kind of goyish. But hey, Superman was invented by several Jews and much has been written postulating how Jewish legends and archetypes influenced the creation of his character. And we are instructed to sound shofar in times of crisis, just like Mal is.

Which reminds me of a joke that my friend tells way too much — as illustrated by the illimitable comic artist Mat Tonti. What do pirates say to each other on Rosh Hashanah?

How easy is it to make your own? 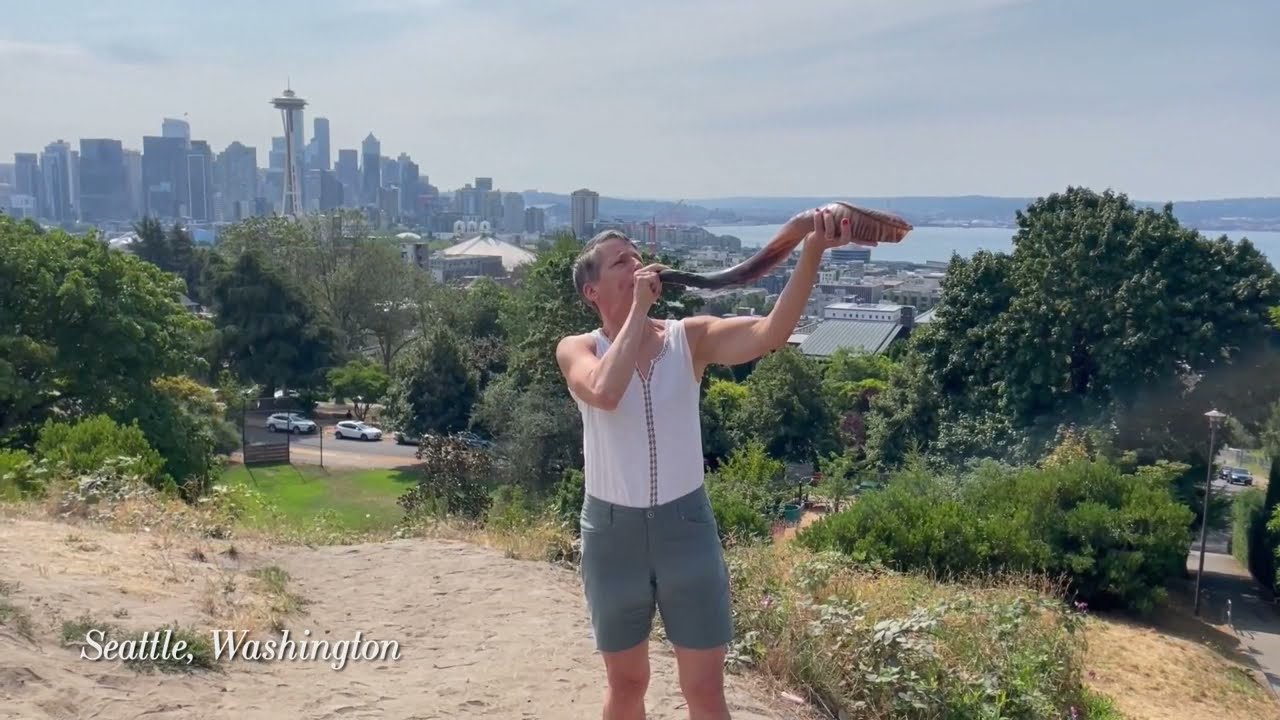 Listen to the Shofar Blown Around the World

Shofar blowers from Paris to Los Angeles to New Zealand to a kibbutz in Israel blow the shofar to welcome ...

The sound of the ram's horn asks: "What are you doing here?"