Coming up on August 5th is Tu B’Av, (the 15th of Av), a Jewish day for matchmaking and love. According to the Mishnah, on this day, “The daughters of Jerusalem would go out dressed in white and dance in the vineyards. What were they saying? ‘Young man, consider whom you choose (to be your wife)'”(Taanit, Chapter 4).

In honor of Tu B’Av, I have been speaking with different kinds of matchmakers. Patti Stanger, the star of the Bravo reality TV show, The Millionaire Matchmaker, told me all about prehistoric matchmaking, what Jewish men want, dating mistakes, and waiting for sex.

In your show you talk about being a third generation matchmaker. Were your mother and grandmother professional matchmakers?
Patti Stanger: Well, they did it for free. They did it for the local temple just to help people find love.

So you grew up around matchmaking?
Yeah, I actually did. I learned all my secrets from my grandmother.

What kinds of things did you learn from them?
Basically what I learned from them is how to size people up quickly. Look at them and get an intuition, like a sixth sense of who they go withâ€¦ and I can’t teach that sometimes, it’s just something you know. It’s part of the DNA.

Jewish matchmakers for a really long time were actually men. Until about 150 years ago–
Well it’s probably the oldest profession. Before prostitution.

You think before prostitution there was matchmaking?
Yeah, because I think, like in the caves, like clan of the cave bear, so to speak, it was the head of the clan who was doing it.

It’s been men for a long time in matchmaking and it’s only started to be women in the last 150 years or so. What do you think a woman brings to the job? Well I think a woman has is more sensitive–they’re not linear, they’re not just think and do, think and do. There’s a feeling component. And I think that men don’t really have that, and I could get yelled at, but how many male matchmakers do you know?

Well there are a lot in the really Orthodox communities.
That’s a rabbi, and you know, the rabbi’s wife is really the one doing all the matchmaking. Let’s be clear, okay, the rebbetzin is doing that because she’s the one trying to get everyone paired up so that they can procreate.

In one episode of your show [season 2 episode 3] you had two Jewish guys, so you put out a call for Hot Jewish Girls, and it seemed like you didn’t really get any at the casting call. You told your assistants that religion was a deal breaker, but then at the mixer, Andrew ended up choosing a non-Jewish girl.
It’s a TV show. If it was business, we would have a million Jewish girls. You have to remember, we meet the guys on Monday and we find the girls on Tuesday, and they’re selected by Bravo, so you know, sometimes I can only work with what I have to work with, and obviously they didn’t care that Andrew wanted a Jewish girl.

Does it frustrate you?
No, it doesn’t frustrate me, it’s just that I’m not stupid. He’s not dating her anymore, I coached him and he’s dating a girl from Deal or No Deal who’s not Jewish either, so I think he kind of tended to lie that he wanted a Jewish girl so badly. No offense, and I’m a firm believer in our religion to a degree, but everybody is an individual, okay? I respect the traditions. I would say I’m more metaphysical.

Sometimes your life path is to bring a convert into the religion. You know sometimes your job is to take someone who strayed off the path, who is maybe Christian, Muslim, whatever, and they’re looking for a different way of life, and you fall in love with someone who’s interfaith. And maybe the rabbis don’t like that, but you know what? I think that’s ridiculous because some of the converts are better Jews than the real Jews.

And maybe his path was to bring this girl into Judaism. And I just think people are so narrow minded about that. You know, If your mother’s not Jewish therefore you’re not. Well I’m adopted, does that mean that I’m not Jewish? You know what I mean? There’s a whole archaic system that has no proof in the Torah whatsoever.

We live in a very difficult unusual hard society right now. There are 110 million single people in the US. And it’s sad, it’s really sad. I think in the case of Andrew, I gave him Marisa, they both grew up in Ohio and he liked her, but he thought he could do better and went for the prettier girl. You know, I can’t change your biology.

On the show you talk about Jewish men wanting a “Jewish spinner.” What’s a Jewish spinner?
A small little petite girl who’s thin in the waist and you know, can basically spin around.

Why do you think Jewish men want that?
Oh, because they’re short. And they’re not tall. That’s why.

I know you’re not married, but you’re in a serious relationship, and on the show I’ve seen you talk to your clients a lot about the focus on marriage, and on getting a ring and getting engaged before a couple moves in together. Do you want to get married, or are you happy with the way things are? [Editor’s note: Patti was secretly engaged when this interview was conducted.]
I’m happy the way things are.

Do you think not being married affects your job?
No, I mean I think sometimes people judge me, but I don’t think it affects my talent for it, no, not at all.

I have a really good relationship, I’ve been with him for five and a half years so I mean, it’s not like it’s a short relationship. I chose this lifestyle. I’m a little different than most people.

What do you think are the most common dating mistakes that people make?
I think the one thing they do is they have this preconceived notion when they go on the date that they’re going to find their husband or their wife, and instead of enjoying the dating for the dating. Dating should be entertainment it should be interesting it should be fun, it should be connecting, companionship, and then don’t put too many eggs in one basket. Let it go.

Sometimes people grow on you. They start out, you’re not really into them, but you like their personality, and then chemistry can grow. Especially for women. More women than men. Men are visual. So if they’re not visually attracted to a woman then they’re a no. But women, they’re like a crock pot, they heat slowly. Men are microwaves. They go from 1 to 100 in 5 seconds.

The other thing is, I think they baggage dump, they tell too many stories, especially after alcohol, they think they’ve met their best friend they can tell them the whole thing.

One of the things you require of your clients is that they don’t have sex until they’re in committed relationships, right? Why do you have that rule?
Because that’s if you want commitment. In other words, if you’re doing a free-for-all thing because you just want to have sex to clean your pipes out that’s great, but if you’re a woman you’re at risk for oxytocin bonding.

But what about for men?
For men, basically you’re coming to me as a matchmaker, for a relationship. You’re not coming to me for a hookup. If that’s the case, go to Vegas or hit Heidi Fleiss. I’m not Heidi Fleiss. I’m not here to get you sex. Sex is on any street corner in America. You can buy it; you can get it for free at the bar. My job is to bring you your wife, your companion, your best friend, that sort of thing. My job is to find you your true love. Love is not about sex and then dumping the person after.

Do you feel comfortable telling the women, you know, how they should style and do their hair?
Yeah well that’s because they want to get the man, they want to get the attention of the man. If you’re in a bar and you’ve got 25 girls standing next to you and you’re not the prettiest girl in the room, you better do something to pump up the volume or he’s not going to notice you. That’s just what it is. 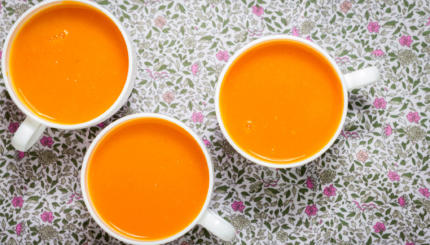