Okay, from the so-creepy-you-could-stay-awake-forever file — remember how last week, a Latin American town with an abnormally high birthrate of blond-haired, blue-eyed twins ended up being one of the final resting places for Dr. Mengele?

Never one to be one-upped by breaking a story, the New York Times has done some digging of its own and come up with some documents and an old hotel room belonging to Aribert Ferdinand Heim, the most-wanted Nazi war criminal, known for being both one of the infamous concentration camp Doctors of Death and a member of the Waffen-SS.

At the time of his death, Heim was living in Cairo. He’d converted to Islam, changed his name to Tarek Hussein Farid, and inculcated himself with the locals, who, apparently, found him a pleasant enough man, although many said (in retrospect, remember — Heim died 17 years ago) that they suspected him of being a former Nazi. No one had any idea just how much he’d done, however — or how much he was still doing. 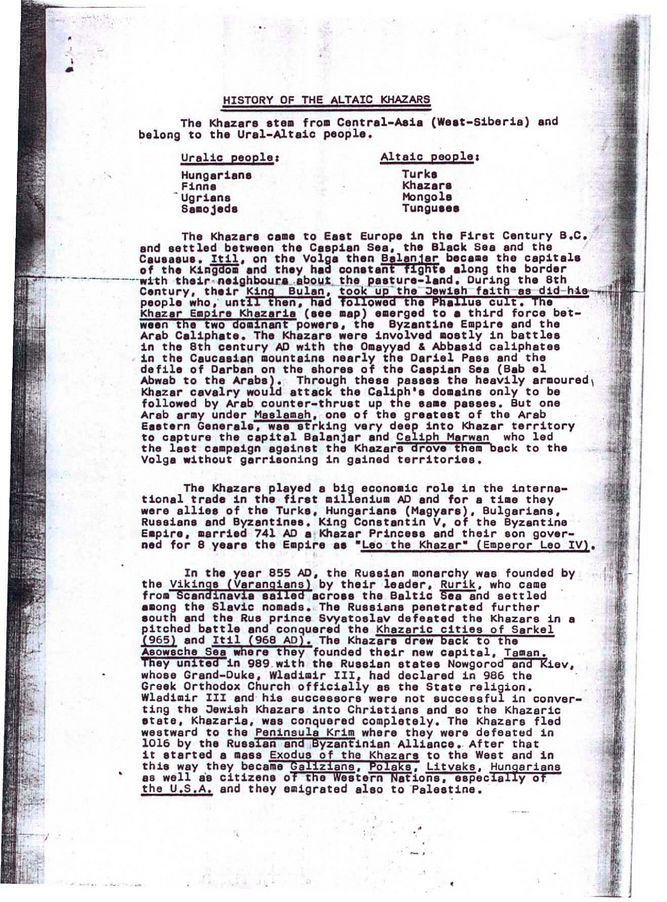 This is the truly sleep-exducing part. For the final decade or so of his life, Heim did massive amounts of research — much of which the Times has put online here — trying to document that the Jews are not really Jews but are in fact “Altaic Khazars,” originally Russian (although, somehow, Hungarians and Finns are worked in) and trying to steal the identity of the poor actual Jews, who have all been driven underground. With this information he had caught the ear of no less than the Vatican, to which he was sending all of his “research” as it was completed….

This is seriously reminiscent of a Michael Chabon novel. Not the one you’re thinking of, probably, but The Gentlemen of the Road, his post-Yiddish Policemen genre-fiction indulgence (it was published on science fiction/fantasy label Del Rey, and almost deliberately kept from being a bestseller) which is a weird, research-intensive historical fiction trip into an ancient nomadic Turkish kingdom, all of whose subjects converted to Judaism. (Don’t worry, folks — there is swordplay, too.) Strangest of all, Gentlemen was originally serialized in — wait for it — the New York Times.